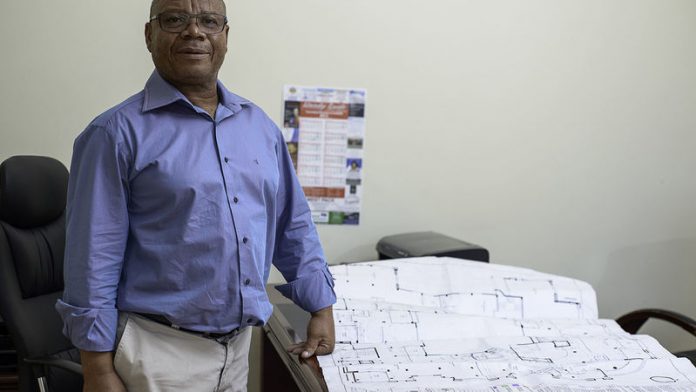 The cars in Robert Thulani Zondo’s garage are polished and gleaming; his building is a work in progress, but the decor in the finished rooms is pleasant, comfortable and modern.

Only in the man himself can one read a history that reaches back to another time and place, where labour, sacrifice and hardship were familiar companions.

The hand extended in greeting is broad and powerful, and carries the ghosts of ancient calluses. I may be a success today, this hand says, but I came by my success honestly.

Zondo was born and raised in Bergville, KwaZulu-Natal, a small town that tourists and mountain climbers whizz through en route to the “Berg”.

Zondo grimaces. “Lots of hotels, but no factories.”

Translated, that meant no industry and no work for the young people leaving the small school where he was educated.

So, the young man headed for Durban and trained as a carpenter. It was the tail-end of the seventies; for a black man, artisanship was a good career choice.

In 1980, Zondo joined SM Goldstein (later to become Group 5), where he worked as a shutter hand. For those unfamiliar with construction-speak, a shutter hand builds the formwork into which concrete is poured to create the shapes needed for a particular job.

It wasn’t long before the work began to pall, and Zondo realised that he was stagnating. He needed to move on to gain more experience.

Next, he applied for a job with a medium-sized company. “I was doing everything there — shuttering, finishing, ceilings and partitions, everything.”

The company eventually created a new entity called Sutcom ceilings, and he worked there for several years.

While the young carpenter was developing a broad range of skills and learning the ropes of construction work, history was on the move.

Fourteen years on from his first day of employment, a new government was inaugurated in South Africa, and all of a sudden, the world opened up for the man from Bergville, who by this time was based in Gauteng.

Training for bigger things
An organisation called SAFCEC (originally the SA Federation for Civil Engineering Contractors) had been established to, among other things, provide services such as education and training to people in the field.

“We got onto the programme of the Pretoria Metro [now the City of Tshwane] for small contractors, training through SAFCEC, to establish ourselves.”

This was in 1998. By this time, Zondo had established a family as well as a company: Amaqhawe Projects. And soon, Zondo had his first contract.

“It was worth R338 000,” he recalls. “It was to build culverts in Soshanguve. They’re still standing, still in use along the main road.”

His next contract resulted in him moving to Midrand, where he built side drains. “That was for R200 000 from the Midrand Council,” he says.

It is clear these early successes are etched in his memory. At this point, Zondo decided to go back to get more training, along with his wife, who helped him run the business.

He continued to get jobs from municipalities: he built houses in Denneboom, Mamelodi; a bus and taxi rank in Soshanguve; and he even did a job at the Union Buildings, building a water network. But like many another contractors, he was getting impatient with the municipalities.

“The municipalities paid late — or even not at all,” he says.

So Zondo made the decision to seek private clients, and in 2005, found himself building four new classrooms for a school in Bryanston. He finished the job ahead of time, which gave him word of mouth credentials from the client.

Like a miracle
It was through the architect on the school job, Paulo Vicente, that Zondo was introduced to Isivuno Apex Properties, the enterprise development partner of property company ApexHi Properties Limited.

The company was looking for black contractors to do a big job: renovating 12 floors of a Pretoria building for the department of public works.

Isivuno Apex, under the leadership of Dumisani Nene, was rapidly becoming a significant property manager for government (by 2008, the company would have 13 office properties in Pretoria, with government occupying more than 440 000 m2 of the portfolio).

Zondo remembers his first meeting with Nene with some amusement. Nene spoke about Kaizer Chiefs and Orlando Pirates, and then told Zondo: “If you want the job, it’s up to you.” Zondo walked out, he says, thinking, “Is this the interview?”

With hindsight, he says, Nene had used this general conversation to assess his and his company’s abilities.

He thought it was a pretty big job at the outset — R4-million was bigger than anything he’d done before — but it soon doubled in price, and when more floors were added to the contract, the value soared into the stratosphere. Zondo had become an overnight success, but one that had been years in the making.

Lessons learnt
“You get a sense of real achievement,” he says. “In some quarters where I come from, for some of my peers, this may look like a miracle. Well, it was a miracle for me, but it was also the result of hard work. With help and hard work, we are all capable of miracles.”

The value of hard work is one of Zondo’s key life lessons. He also learnt the value of education and learning in success, and he’s keen to see all South Africans do what they can to support learning in the next generation.

“We must embrace education and try, give our country’s children a better start than ourselves, and encourage them to seek opportunities without fear of failure,” he says.

A growing number of black people have leapt into the middle and even upper class as a result of the sort of hard work and canny strategising evident in Zondo’s career. But the poor education that is available to children starting out on the same level as him places additional obstacles in their path.

“We are in the new South Africa. All of us have a responsibility to build this country, to contribute in one way or another.

“We cannot sit and just expect. If we do so, what country will we leave for our children and generations to come, what lessons will we have taught to those looking up to us?” he asks.

While Zondo says that there have undoubtedly been stupendous changes for the better in South Africa, many of them reflected in his own life, it’s obvious to him that full economic transformation can’t take effect when so many young people continue to be seriously disadvantaged from the outset.

“Some schools are using iPads instead of books, but you’ll find that in the same country, there are children who don’t even have books.”

Another fundamental lesson is to “follow the world”, as he puts it.

Disclosure: Paulo Vicente is married to Ansie Vicente, the news editor of this supplement