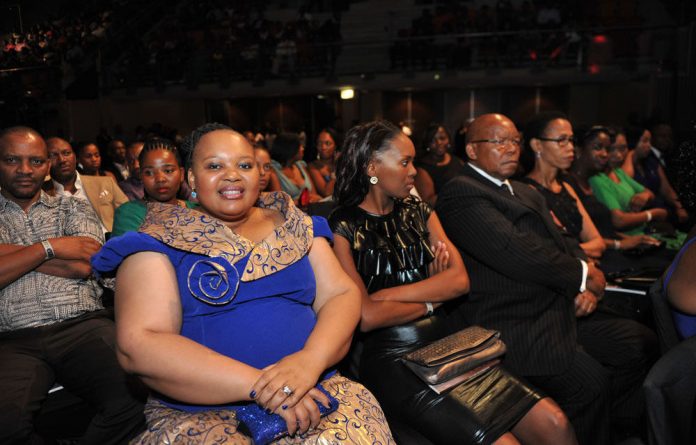 Ongolo said the suicide was murder. "The death of that innocent man still hurts me deep and am ready without fear to testify in court of law," he wrote to the newspapers.

He was arrested last Friday in Durban after MaNtuli laid charges against him of intimidation, extortion and crimen injuria. The province's most senior detective, Brigadier Clifford Marion, has taken up the case.

According to the Sunday Tribune, Ongolo claimed MaNtuli hired him to secure mining rights in the Demo­cratic Republic of Congo and paid him R200 000 over three years. He claimed he came to know "too much" about MaNtuli's "secrets", including her "close friendship" with Thomo.

He denied blackmailing MaNtuli, and produced an SMS – purportedly from her – offering him "money to change his life" if he did not speak to the media.

Ongolo was due to appear in the Camperdown magistrate's court on Monday this week but he did not show up. The prosecutor furnished a certificate from an unidentified doctor at Pietermaritzburg's Northdale Hospital, saying Ongolo was admitted the previous day with an asthma attack. The hearing was postponed until February 3.

A hospital staffer said that Ongolo was discharged into police custody "around 4pm" on Monday.

Police spokesperson Colonel Jay Naicker said he is being held at the Camperdown police station.

Asked whether the court ordered Ongolo to recuperate in hospital or in police cells, and whether he was given access to legal representation, Naicker responded: "It's not within my mandate to comment on the questions you refer to. Please follow the case as it unfolds in court."

A former journalist told amaBhungane that Ongolo approached her two years ago with allegations about the death of MaNtuli's bodyguard.

She said she was "surprised" by Ongolo: "He was nobody that you would expect the wife of a president to be involved with – scruffy, dirty takkies, body odour, that kind of thing."

But Ongolo's claims about the suspicious circumstances of Thomo's death resonate with an interview the mother of his child gave the Sunday World in 2012. Lerato Shabangu said the suicide story "didn't make sense" because Thomo was "very happy" with his life. Shabangu could not be contacted this week.

By law, an inquest docket must be opened for unnatural deaths but two close family members of Thomo said they "didn't know" of any investigation and declined further comment.

Mkhwebane has done it again