‘We simply have to deliver’ 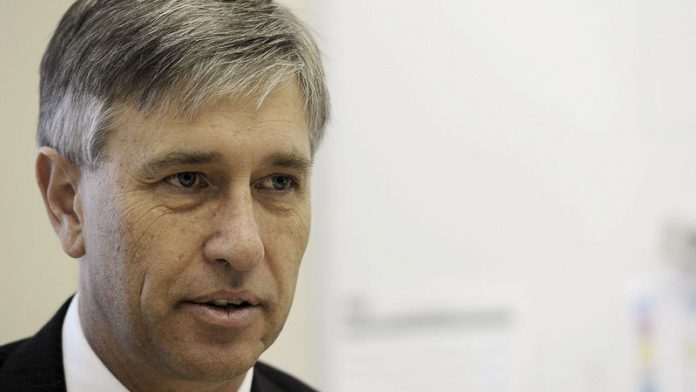 Twenty years is a significant chunk of time to evaluate the progress we have made towards achieving economic transformation.

It is long enough for the blame of indiscretions made by the previous government to have diluted, and long enough for patterns and policies of the past to be scrubbed and redrawn.

Twenty years is a good milestone to evaluate how far we have come, where we are now, and to assess how we can improve our pace and procedures going forward.

Dennis Dykes, the chief economist at Nedbank Group and director at the South African Chamber of Commerce and Industry, says there is much debate as to how successful South Africa’s efforts at economic transformation have been.

“If you consider the challenge faced in 1994, in many ways the transformation has been remarkable. Participation in the public sector has been radically transformed, while in the private sector, although less so, it is still a massive improvement on what it was,” says Dykes.

He believes there were two possible routes to economic transformation. The first was via direct intervention, a form of coercion through redistribution policies.

The second was to address the enormous inequality of opportunity that was prevalent throughout South African society.

The government, says Dykes, used a combination of the two approaches.

“The direct intervention approach used affirmative action, which took place through employment equity legislation. Initially, this was not so much coercion as persuasion, as there were no regimented targets that had to be reached. As the years passed, the approach shifted more to coercion, with tougher requirements.”

“Initially the BEE policy was fairly loose — the tighter structures were brought in later as the codes kicked in. Broad-based BEE (B-BBEE) moved the process even further from persuasion to more legislated requirements, with more specific structure introduced through the charters.”

“Under these circumstances, it becomes a lot more difficult to manage,” says Dykes.

“The boosting of minority participation calls for relatively small changes in behaviour by all players; in contrast, the boosting of majority participation requires radical behavioural change across the board. By definition that is a lot more challenging to achieve and can have unintended and counterproductive results, such as skills losses through emigration and weaker investor confidence, if not carefully managed.”

The two approaches have achieved different degrees of success. The first area — that of redistribution — has been relatively successful, at least arithmetically.

It’s the second area — inequality of opportunity — that has been disappointing.

Ironically, it was this on this score that the government first focused back in 1996, spending a large portion of the budget on education and health provision to improve the capability of the previously disadvantaged.

The thrust was on the provision of key services such as electricity, water, sanitation, housing, health and basic education. Unfortunately, money spent did not equate to results.

“The biggest failure of economic transformation has been in education. We should be seeing far better results by now, given the money that has been spent,” says Dykes.

“Had this happened the transformation debate would have gradually disappeared from the spotlight.”

Dr Azar Jammine, director and chief economist at Econometrix, also regards the lack of progress in education as one of the biggest fault lines in our transformation.

He believes transformation has happened too rapidly, without allowing for sufficient transfer of skills.

“Instead we’ve had the imposition of BEE policies and affirmative action which, although well intended, have led to the perception that the way to proceed, progress and get a job is through being in the right place, at the right time, and knowing the right people, rather than through education.”

Finance Minister Pravin Gordhan stated in 2010 that South Africa’s B-BBEE policies have not made the country a fairer and more prosperous country, and have led to the benefiting of a small elite group rather than the nation’s 45-million people. [Latest figures put South Africa’s population at around 50-million people].

In two decades, the gap between the haves and the have-nots has not narrowed — if anything it has widened. According to the Gini coefficient, which measures the statistical dispersion of the income distribution amongst a nation’s people, South Africa is the most grotesquely unequal societies in the world.

Jammine believes the political challenge that continues to face economic transformation is that the broad mass of the population are uneducated, and “do not recognise that the only way to progress is by empowering themselves through hard work, productivity and learning practical skills”.

Professor George Euvrard, professor of education at Rhodes University, believes the heart of any potential economic transformation lies in education and skills development.

“If the economic transformation isn’t happening the finger must be pointed at the national education system. Our education is in a parlous state. But, despite a vast proportion of our national budget having been spent on education, things seem to be getting worse.

“The money, the rhetoric, the conferences, the pronouncements — nothing seems to be making a difference. We’re clearly getting it wrong, and the most stupid thing to do is to continue pushing strategies that are not working.”

First, looking at changes at matric level is way too late. Unless the foundation is right, failure is guaranteed. It’s the formative years that are important.

“If we had put our biggest efforts into early childhood development 20 years ago, we would be in a very different position now,” says Euvrard.

Second, we need to instil a culture of learning into our schooling, using our rich national diversity wisely.

Third, we need to teach our children that success comes not through who you know, or how well you manipulate people, but rather through hard work and intelligent application.

“A sense of entitlement pervades our society, mixed with a sense of fatalistic resignation. We need a greater sense of rigour in our schools.”

The fourth pillar is simplification and commitment. “We need to cut a path through the rhetoric and the selfish agendas of all participants, and find a clear and simple vision into which everyone can buy and contribute.”

Finally, says Euvrard, we need to think bigger. “We must stop thinking small and parochially about ourselves. We are not the only country to have faced an education crisis. Our challenges are not unique.

“We need to stop our national pastime of justifying our mediocrity and failures. The 2010 World Cup was a wonderful lesson for us: FIFA wanted no excuses, we simply had to deliver. And we did. Our lesson is that where expectations are high, improved delivery usually follows.”