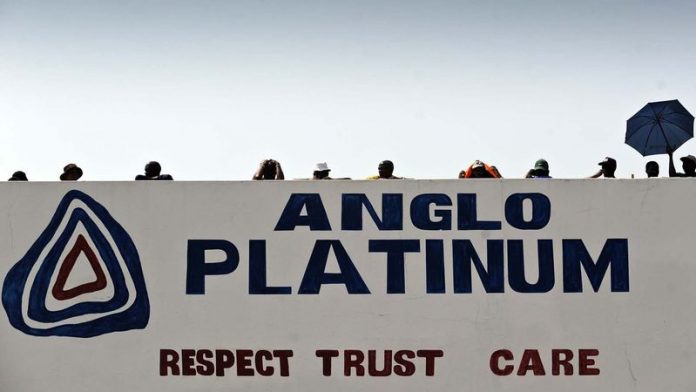 Anglo American Platinum will cut as many as 1 400 jobs as a strike that has shrunk output at the biggest producer of the metal by half headed for a third week.

The cuts planned for this year follow a loss of 7 438 jobs in 2013 as the Anglo American Plc unit known as Amplats merged five mines at its Rustenburg complex into three. It will remove 1 200 to 1 400 staff this year after reclamation at the closed mines is finished, chief executive Chris Griffith said.

"By the end of this year we expect that job will be complete," he told reporters on Monday. "If there are vacancies across the group, we will be able to redeploy those people."

Plans to cut as many as 14 000 jobs announced in January 2013, as Amplats sought to reverse losses at its Rustenburg mines of more than R1-billion every six months, were scaled back under pressure from unions and the South African government.

These mines and the Union, Thumela and Dishaba operations were brought to a halt on January 23 as members of the Association of Mineworkers and Construction Union (Amcu) walked out.

Amplats on Monday posted a return to full-year profit helped by rising sales and a slide in the value of the South African rand. It's on course to achieve a targeted R3.8-billion of savings within three years through the Rustenburg restructuring after achieving R1.9-billion of savings last year, Griffith said.

Amcu, the largest union at South African platinum mines, also struck at Impala Platinum and Lonmin, demanding a more than doubling of monthly wages to R12 500. It last week rejected a pay offer of as much as 9%.

Under pressure
Among Amplats assets still operational are its Mogalakwena mine in northern Limpopo province, Unki in Zimbabwe, most of its joint ventures and the processing division, Griffith said. "The most pressure is coming from the mines that can least afford it," he said. "It's the most bizarre thing."

A strike called by the National Union of Metalworkers of South Africa (Numsa), with members at Amplats's smelters and refineries, hasn't affected operations, Griffith said.

Numsa on January 30 gave the company notice its members would strike over pay from Monday.

Amplats has about 400 000 ounces of unrefined stocks so it can supply customers for as long as eight weeks even if no work takes place at the strike-hit mines, Griffith said. The company wage bill would rise by R13-billion if it met the demands of Amcu, which may compromise by the end of the week, he said.

"Everyone is trying hard to reach a resolution but I think there’s still a bit of pressure that needs to build up," Griffith told reporters on a conference call. "On the ground it seems people don't want this to be a protracted strike."

The median of 16 estimates compiled by Bloomberg was for a profit of R5.63 a share. The loss attributable to ordinary shareholders shrank to R1.37-billion from R6.68-billion.

"We expect the global platinum market to remain balanced in the short term, with increasing deficits over the medium term as steady demand growth exceeds growth in supply from secondary recycled sources and capital-constrained mining," Amplats said.

The company, which booked a R2.8-billion writedown for closing shafts and cutting jobs, was helped by rising demand for platinum used in pollution-cutting catalytic converters in cars.

Amplats reports earnings in rand, which is down 24% since the start of last year against the dollar, in which platinum is priced. The average spot price for the metal was $1 486.42 an ounce last year, a drop of 4.2% on 2012. – Bloomberg