Schools, staff included in Mandela’s will 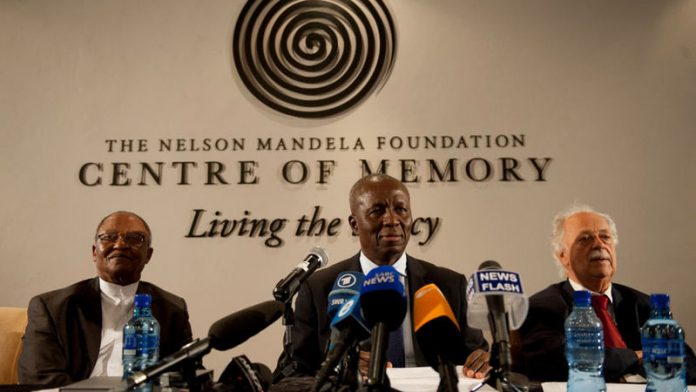 It was an emotional time for many staff and academic institutions who were informed on Monday that they had been included in the will of the late former president Nelson Mandela.

Fort Hare, the University of Witwatersrand and Qunu Secondary School were among the recipients.

The particulars of what was left to family members was not outlined by executor and Constitutional Court Deputy Chief Justice Dikgang Moseneke, saying the 40-page document will be made available to the public.

He said Mandela's assets, excluding trusts, were estimated to be about R46-million. Moseneke said this was a rough estimate and executors needed to make a thorough appraisal of his holdings.

Graça Machel, Mandela's third wife, who is married in community of property, has the rights to half the estate. She has to 90 days to say if she wishes to exercise her claim.

"The marriage between former president Mandela and Mrs Machel was in community of property," said Moseneke.

He explained that when a couple was married in community of property they were entitled to 50% of the estate if one of the partner's die. "She may opt to have exactly half of the estate. It's an election that needs to happen in 90 days … that's still pending."

He said Machel had not yet given her decision.

Beneficiaries
Mandela bequeathed R50 000 each to a number of personal staff, including Zelda la Grange.

Other beneficiaries listed in the will that was read by Moseneke included his children, grandchildren and great grandchildren. Mandela's children given left about R3-million each. A percentage will also be given to the ANC.​

The reading of the will has attracted global interest in light of family feuding over royalty rights. Daughters Zenani Dlamini Mandela and Zindziswa​ Mandela recently withdrew court action over the control of a trust fund.

Moseneke said no claims contesting the will had been filed but he said the executors would not be involved in cultural contestations.

There has been a dispute over who should speak for the family after Mandela's death. – Additional reporting by Sapa