TUT campuses to reopen after protests 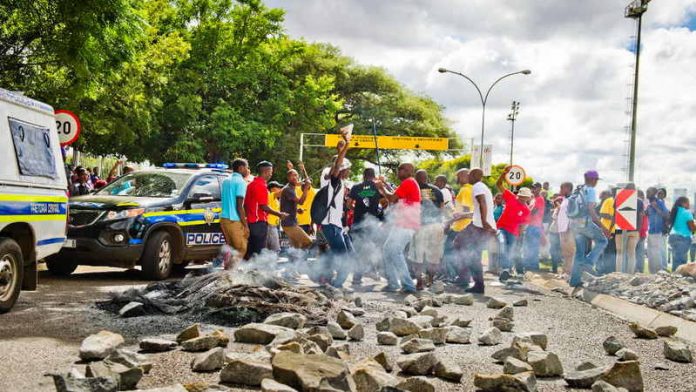 The protest-hit Tshwane University of Technology (TUT) will reopen its campuses this week, the institution said on Monday.

Students were protesting against a shortfall of money from the National Student Financial Aid Scheme (NSFAS). "The academic programme is TUT's core business and the need to ensure an uninterrupted academic year has informed the decision to reopen all campuses without any undue delay," said De Ruyter.

When the university suspended classes last Thursday, it evicted students from the institution's residences. It also obtained a court order to stop protests at its campuses.

The Socialist Youth Movement (SYM) and the institution's Student Representative Council on Saturday won an interdict at the high court in Pretoria against the unlawful eviction of students. The university was ordered to pay the costs of the court application.

"The university's priority has all along been to ensure the safety of students, staff and TUT property as well as ensuring that returning students will be guaranteed an uninterrupted academic year," said De Ruyter.

"Students will be allowed to start moving back into residences from today, [Monday] from 4pm," she said.

Tighter security
Security had been tightened at all campuses and the registration period was extended. "In order to ensure no students are disadvantaged by the recent events unfolding at the university, students will be allowed to register without penalties until February 14.

"Further to this, TUT's online registration system is also accessible 24 hours a day."

Students would be handed a copy of the court interdict, and action would be taken against anyone who transgressed against the interdict. Student leaders said they were not opposed to activities resuming at the institution, but urged management to ensure grievances were attended to.

"As leadership, we don't have a problem with that but the demands of the students must be met. If they are not met, we will not agree to any form of learning," said Pan Africanist Student Movement of Azania spokesperson Vusi Mahlangu.

Following a meeting between the SRC and management last week, De Ruyter said it was agreed that: