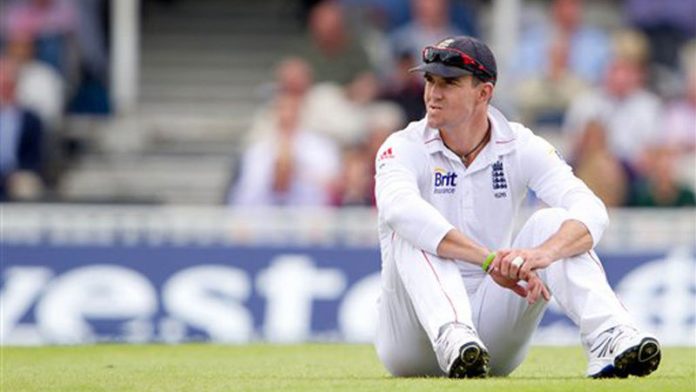 Kevin Pietersen's England career ended on Tuesday when he was left out of the squad for this month's one-day tour of West Indies. It was a untypically quiet departure from the national team for the most talented and flamboyant England batsman of his generation.

These are some of the reactions to the news of the end of Pietersen's international career from around the world of cricket:

Former England captain Michael Vaughan
"I think the @ECB_cricket [English Cricket Board] have to explain to everyone exactly what @KP24 has done so we can all have clarity and reasoning … I care about the England team and that's why I want all the best players in the side. Its sad that we can't manage someone like @KP24."

Former Australia leg-spinner Shane Warne
"I also just heard the sad news re KP that he has played his last game for England, to me it's a disgrace and a joke! The ECB is in a shambles."

Former England captain Nasser Hussain
"There must have been things happening behind the scenes that [Andy] Flower and [Alistair] Cook weren't amused with and it would be nice to know from the ECB – if you're going to axe one of your best players – what those things are."

Former England captain Michael Atherton
"It was coming, I think. There was a unanimity of views there from the people that count, so ultimately I think Kevin Pietersen found himself friendless. He had no allies among the management, the hierarchy and the senior players as well, because Paul Downton would have been taking soundings from them at the end of the Ashes tour. It was a pretty horrific Ashes tour and there have been a few victims along the way, but I think he just found himself friendless and with no allies."

Former England captain Alec Stewart
"At times you could call him a maverick cricketer, but he's a match-winner, a natural born winner and a game changer. I am sure there will be many England fans who see this as a shameful decision, but it's a decision he will have to accept and we within the game of cricket have to accept. I do not know the full facts, but as an England fan I'd want my best players playing for England, to give us the best chance of winning. Part of managing is not just coaching but creating a good environment and not letting these things get to a head."

Former England all-rounder Ian Botham
"I think everyone needs to remember what a terrific player he has been and the entertainment he has given. I think it's about time the ECB put out an official statement so we all know what is going on. There have been a lot of Chinese whispers, a lot of ex-players speculating. I don't know what has happened. I don't think anybody does. He is one of the best players the country has ever had. His career has been terminated. Well, why not tell us why? And don't give us the one-liner, 'We are moving on, we're doing this, we're doing that.' He is 33, not 43."

Former England fast bowler Darren Gough
"What a joke leaving @KP24 out! This is what you get when England keep employing yes men as men in charge, top player who would still be playing for any other team in world cricket, eg Gayle, West Indies; Watson, Australia."

Former West Indies captain Chris Gayle
"No @KP24 for the Caribbean tour later this month against WI? That's really sad for English/international cricket! Don't let the fans suffer. Was really looking for the hype of having @KP24 in the Caribbean, would be big tickets sales for us. #Sad – Learn to manage Big Names!"

Australia opening batsman David Warner
"I think he is [a loss to international cricket], he was their highest run-scorer, a world-class player, but we don't know what goes on behind closed doors and in their camp, so we can't talk on their behalf. I know through playing with KP at Delhi [in the Indian Premier League], he likes to encourage the other guys coming through. His door's always open if you want to ask him a question, or if you need to work out a plan for the next game." – Reuters