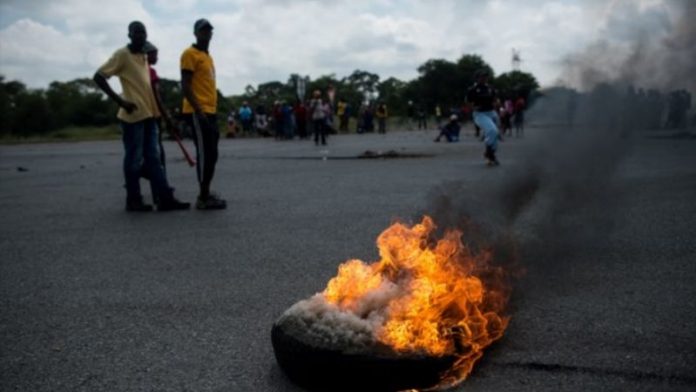 The ANC in Gauteng has threatened to take "strong action" against protesters within its ranks and the broader tripartite alliance who perpetrate violence during community protests.

The ANC’s provincial secretary in Gauteng, David Makhura, told the media on Thursday that the party had discussed the spate of violent protests at its provincial lekgotla this week, and had taken "a firm stance" against the violence.

A protester was shot dead at Sebokeng on Wednesday. Protests continued in the area on Thursday and the community's grievances are believed to be related to housing delays.

But Makhura on Thursday all but dismissed the idea that the Gauteng provincial government could be responsible for the community’s outrage, and instead hinted at a third force possibly agitating the situation.

"Why would communities attack their police?" he asked.

He called for the community’s concerns to be addressed, but said Sebokeng had received houses, although economic opportunities in the area were scarce. Makhura said the ANC wanted Sebokeng to become a metro.

He questioned why protests occurred in places where there had been development: "They are not service delivery protests," he said.

Condoned
Makhura said the police had acted "with restraint" at Sebokeng.

It was therefore not necessary for the army to be called in because the police were handling the protests in a fashion condoned by the ANC, Makhura said.

This is despite allegations that the police did nothing to prevent the shooting of the protester on Wednesday, and allegations elsewhere that the police are cracking down on protesters with disproportionate force. At least eight people have been killed by police during protests since the start of 2014.

Makhura said any member of the ANC or the alliance found guilty of perpetrating violence during these protests would be disciplined by the party.

"The lekgotla took a firm stance against violent protests and called for harsh measures to be taken against those involved in the burning of public buildings and homes of councillors," Makhura said.

But the Workers International Vanguard Party said the police and the ANC were "well aware" of who shot the protester, Lerato Tladi, yet no arrests had been made. The party says the police were "shooting wildly" and "hunting" so-called community spokespeople in Sebokeng on Thursday.

'Disappointed'
Meanwhile, Makhura said the ANC was "disappointed" that the Democratic Alliance’s planned march on Luthuli House was cancelled this week, as the ANC had been "ready for them".

Makhura announced that two DA councillors from the party’s North Gauteng region have defected to the ANC, citing "apartheid symptoms" in the opposition party. Councillors Sam Moimane and Sello Maila on Thursday alleged they were not allowed to "develop" in the DA because of their race.

"I have never experienced apartheid, but I found the symptoms of apartheid in that party," Moimane said.