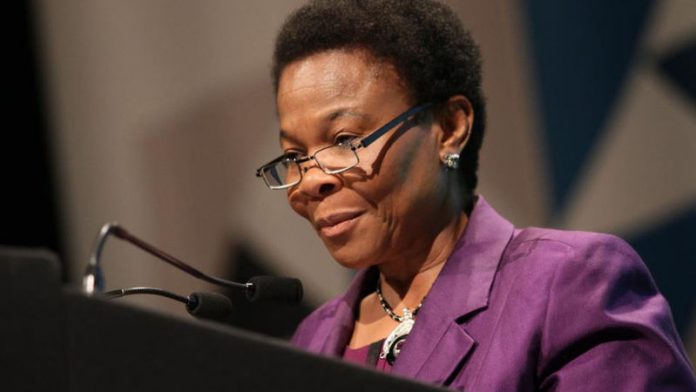 Operations at Harmony Gold's Doornkop mine will halt until the area is declared safe, mineral resources Minister Susan Shabangu said in a statement on Thursday.

The minister visited the mine after eight workers died following a fire, which began underground on Tuesday night.

The search for a missing ninth miner is ongoing.

No worker would be allowed on site and in areas affected by the incident, Shabangu said.

"Once the last remaining employee has been found and the fire has been brought under control, we will then begin with an inquiry in terms of the Mine Health and Safety Act, to find out what led to this incident," minister Shabangu said.

Departmental inspectors had been on site since the day of the incident.

Spokesperson for the company, Charmane Russell, said earlier on Thursday that, at this stage, it was understood that a 2.4 magnitude seismic event took place, triggering a ground fall.

This then hit a high voltage cable, which sparked the fire.

Co-operation
The company would co-operate with the investigation, which would reveal more detail, she said.

Shabangu said the incident was "a lesson for us all".

"The gold industry has over the past five years improved its health and safety standards tremendously, and for such an incident to occur is obviously a setback," Shabangu said.

"As the regulator, we must look at what happened and learn from it to ensure we can, as far as possible, prevent it in future," she concluded.

Democratic Alliance spokesperson for mineral resources, Hendrik Schmidt, conveyed sympathy to the families of the deceased and missing miner.

"The department of mineral resources should investigate this incident without fear or favour," Schmidt said in a statement.