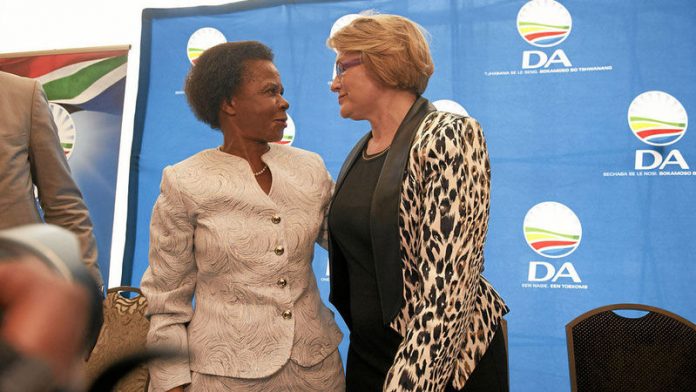 Hard questions for the DA

In the wake of the Democratic Alliance-Agang kerfuffle I have to wonder what Helen Zille has been smoking. Agang is new to the game and the odd stumble is no surprise, but the DA has been around long enough not to get itself into such a mess.

The deal, as touted to the media by the DA, was that Mamphela Ramphele got to be the only Agang addition to the DA party list.

The "president" thing is inconsequential – it only means something if you stand a chance of winning.

So, for one slot on the DA parliamentary list, she would disband her party and tell its members to join the DA. No matter how much work they had put into her campaign, they would have zero chance of being elected to Parliament.

Why would you offer someone a deal they have no chance of accepting, then blame them for "reneging"? And then we are told she can't be a DA candidate for office without being a member. So why did they not stitch up her membership before going public?

It's time the DA was asked some serious questions. We are accustomed to the ANC stuffing up, whereas the opposition has not had the scrutiny it deserves. A real democracy requires accountability. – Philip Machanick, Grahamstown

– "Democratic"? That's like when you vote to elect your leaders, isn't it? Not when you manage a coup. "Alliance" is like when you co-operate really well, isn't it? Dear Mrs Z, wishing to replace Mr Z, may I suggest a new name for your party? Dalliance. According to thefreedictionary.com, it would fit perfectly, for "dalliance" means a "frivolous spending of time; dawdling" and/or "playful flirtation". – Pieter Bouwer, Hamburg

– The disclosures of the past few days show the lie in Ramphele's previous offerings to the press. Not only were Agang members not informed about her DA deal, she also had the audacity to liken her decision to Nelson Mandela's when he was in prison – and that was at a time before email, mobile phones, Twitter, and so on!

After she reneged on her agreement with the DA, she grabbed the lifeline of racism – so much like the ANC does. She claimed the DA is still in apartheid-era race-based politics. Like her nemesis JZ, she has the two-second memory of a goldfish.

The last paragraph of the editorial "Race and respectability" gives too much credit to the current state of post-apartheid society by claiming that "racism has not yet become a respectable public stance in South African politics".

Measure that against the regularity with which politicians themselves resort to racism. See the words of Blade Nzimande, as referred to in your editorial, and Dr Sibongiseni Dhlomo's reaction in "KZN health MEC is no Dr Death" as evidence of this, as was the racial rhetoric in Jacob Zuma's response to Helen Zille's call for grade 12 markers to be tested.

Who are Zuma, Nzimande and Dhlomo appealing to when they use racial rhetoric? A black audience, primarily. It follows, they believe, correctly or incorrectly, that there is a segment of the black population that is basically racist and that the use of racial rhetoric will resonate with them. Otherwise why use it?

Alternatively, it means: "Eish, that hurts; I don't have a good argument and the only way to shut you up is racial rhetoric." – Charles Dickson, Cape Town