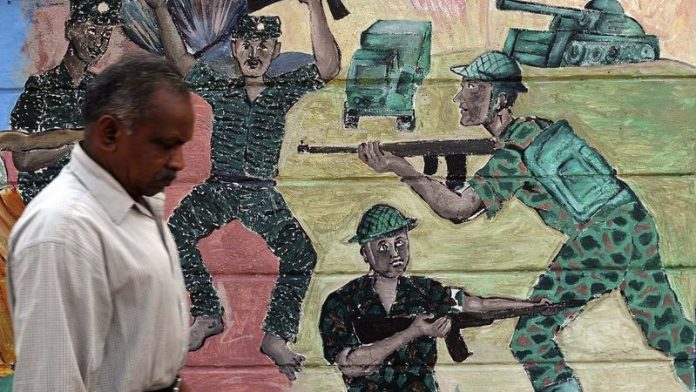 Government forces were behind most of the alleged war crimes in the final bloody months of Sri Lanka's 26-year civil war and may have systematically destroyed evidence of mass killings, according to a new Australian report.

The report by Australia's Public Interest Advocacy Centre, a non-profit policy group, detailed witness accounts of potential war crimes such as deliberate artillery attacks on hospitals, rape, torture, sexual violence and the murder of Tamil Tiger fighters who had surrendered.

"Although violations were committed by both sides, the evidentiary material indicates that members of the Sri Lankan Security Forces (SFs) perpetrated the vast majority of alleged crimes during the investigation period," the report said.

Sri Lanka's military spokesman Ruwan Wanigasooriya said from Colombo that the report was baseless. He also cast doubts about the accuracy of the document's eyewitness accounts, and denies that the military removed evidence of war crimes such as mass graves.

"Do you think we could have unearthed skeletal remains which are in the villages where people are also resettled now and destroy the evidence?" asked Wanigasooriya.

It said Sri Lankan command and control structures were so well-established that, if the charges were proven in a court, it could lead to the conviction of senior military commanders and Sri Lankan government officials.

Sri Lanka has previously said that it rejects an international inquiry into the war.

More than 100 000 people were killed in the war between the Liberation Tigers of Tamil Eelam (LTTE) and government troops in the 1983-2009 conflict. Thousands, mainly from the Tamil ethnic minority, are still unaccounted for or missing.

A UN panel has said around 40 000 mainly Tamil civilians died in the ferocious final months of the conflict, but Sri Lanka has disputed that figure. Both sides committed atrocities but army shelling killed most victims, the UN panel said.

Separatist Tamil Tiger rebels were infamous for the use of child solders and suicide bombings. The new report said the Tigers recruited boys possibly as young as 15 to fight.

"This witness has alleged that scores of civilian mass burial sites were systematically destroyed after the conflict," it said. "This highlights the urgent need for an internationally mandated investigation."

Human rights watchdog Amnesty International said the report further corroborated its own findings and those of the United Nations into the crimes committed during the conflict.

"With Sri Lanka showing no willingness to deal with its own conflict-era crimes, an international investigation must be established without further delay," Polly Truscott, Amnesty's deputy director for the Asia Pacific, said in a statement. – Reuters