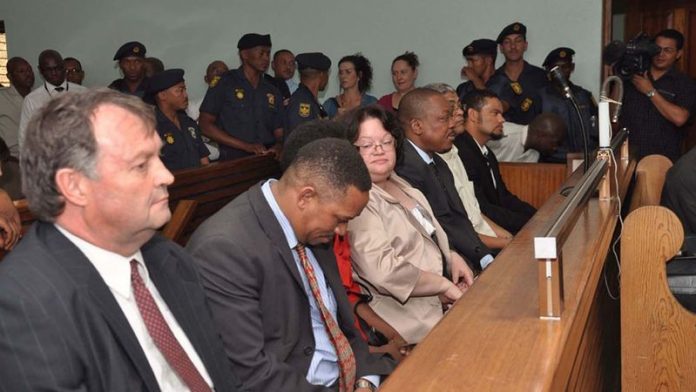 Work to make a Trifecta-owned building ready for government office work in Springbok was left incomplete for 10 months despite payment having been made, the high court in the Northern Cape heard on Thursday.

The lease agreement for the building in Springbok had preconditions such as the provision of 60 parking bays, air conditioning, an alarm system, and provision of facilities to accommodate disabled people, PWC forensic auditor Trevor White told the court.

Ten months after the lease came into effect the department inspected the building and found no lockup parking, no shade parking, no disability facilities, or alarm system.

"The state was short-changed," White said. The National Prosecuting Authority alleges the Trifecta Group entered into a number of lease agreements with the Northern Cape social development department in which rentals, or rental space, were grossly inflated.

'Not guilty'
The accused pleaded not guilty on all the counts.

White testified the department was looking at cancelling the lease with Trifecta for the Springbok building.

The court heard that ANC MP Botha, who was head of the social development department at the time, apparently asked the relevant official on whose authority he wrote the official letter informing Trifecta of the likely cancellation.

The state would have lost more than R7.7-million in the Springbok lease case.

White also testified about the lease agreement for the Summerdown Place building in Kuruman, where the social development department was looking for 55 offices and parking space.

The forensic investigation found the state paid for, among others, parking bays that did not exist.

Harm
The loss to the state in that agreement was more than R7-million, White said. The lease of Trifecta's Keur en Geur building in Douglas was also investigated.

In that case the department wanted around 205 square metres to accommodate nine offices.

The department however got 400 square metres for two government employees.

The harm to the state in that case was projected at over R1.1-million. White testified about a further estimated loss to taxpayers of more than R11.3-million.

This related to a lease agreement between the department and Trifecta for floors in the Du Toitspan building in Kimberley.