Yolande Korkie: All we can do is pray 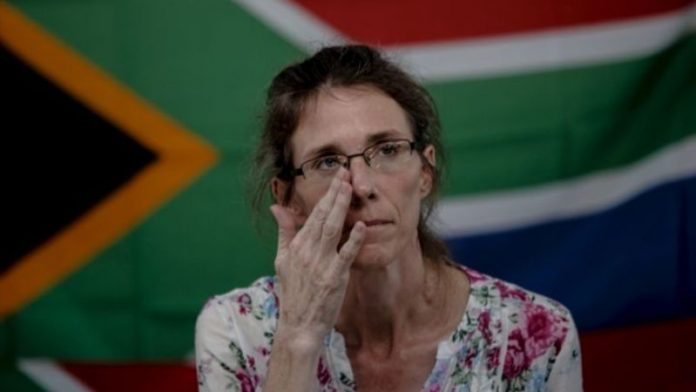 Yolande Korkie, the wife of a South African man being held hostage by Al-Qaeda in Yemen, has made a final video appeal in the hopes of securing her husband's release.

In a video released by the Gift of the Givers, Yolande, sitting on a couch with her son and daughter, greets the kidnappers in Arabic and pleads with them to release her husband just as they had released her.

She and her daughter had their heads covered in scarves.

"Pierre is an innocent and honest person who served the poor people through his teaching. My two children and I miss him terribly, he was just an ordinary man from South Africa," she says.

"I wish to make it clear that the South African government did not pay any ransom money and Anas [al-Hamati] from Gift of the Givers did not receive any money.

"If he had received money our South African government would not have tolerated it, and we as a family regard Anas as a trustworthy and honest person."

She said her husband was seriously ill and would not survive captivity.

"A South African doctor's report can be made available to you, should you wish to see it," she said.

She said his condition could lead to his death.

No media
She promised that if the negotiations were to continue, the conditions of the release would not be disclosed to the media.

"We will not do anything to endanger Pierre's life," she said.

It has been 11 days since talks with the kidnappers broke down. The family had 48 hours to the ransom payment deadline.

"We have no indication of Pierre's state of health and no proof of life at this stage," the aid organisation's Imtiaz Sooliman said in a statement on Tuesday.

"This has been the longest and most worrying period of silence in talks with them."

Sooliman said there was no way to initiate contact with al-Qaeda as they continually changed the sim cards in their phones.

Gift of the Givers' negotiator Anas al-Hamati and his family had to flee Yemen after negotiations soured.

The kidnappers had accused him of keeping the ransom money for himself.

The family left Yemen in late January and went to Dubai.

Unwilling
Korkie's kidnappers refused to accept that the South African government was not willing to pay the US3-million (about R32.5-million) ransom.

Korkie, a teacher, and his relief worker wife Yolande were kidnapped by al-Qaeda militants in Taiz, Yemen, in May.

Yolande was released and returned to South Africa on January 13. Al-Hamati had been facilitating the negotiations.

The last face-to-face talks were held on January 18. Sooliman said there had been other disturbing developments.

"In the capital Sana'a, a German citizen was taken hostage over the weekend and in Hadramout province 20 Yemeni soldiers have been killed by al-Qaeda," he said.

"We are not sure if these developments have delayed the communication process or if it is still related to their erroneous perception that ransom money was brought for them by the South African government and not handed over to them by Anas."

Sooliman said they were hoping for a call from the kidnappers so they could clarify the misunderstanding about the ransom and determine if Korkie was still alive.

"Other than that all we can do is pray for now and hope for the best," he said. – Sapa