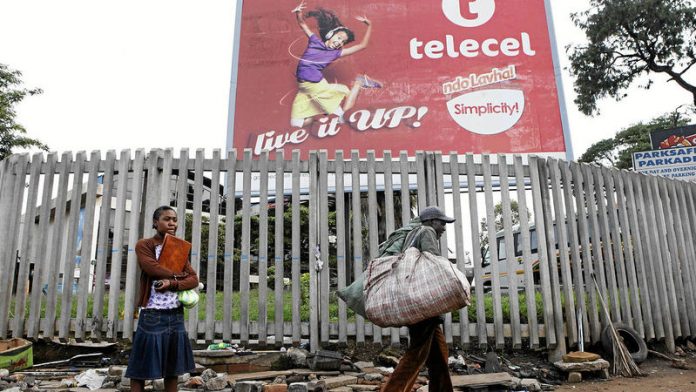 Zimbabwe's second-largest mobile telecommunications company Telecel Zimbabwe (TZ) faces the risk of shutting down if it cannot renew its licence.

Sources in government this week told the Mail & Guardian that Telecel's 60% foreign shareholder, Global Telecom, formerly Orascom Telecom, is reluctant to inject capital for a new 20-year licence valued at $137.5-million because of bickering among its local empowerment shareholders.

Sources said the chasm between Empowerment Corporation's shareholders over ownership had widened, making the Global Telecom uncomfortable with extending money to Telecel for its licence renewal.

A Telecel senior manager who spoke to the M&G in confidence said: "Global Telecom is fed up with what's happening here. They have taken the decision to see how the situation unravels and are clearly not interested in funding the payment for the new licence."

Expired licence
The manager said that, ideally, Global Telecom should have paid for its investment in the licence, which would translate to $82.5-million and the Empowerment Corporation would have to find $55-million. Global Telecom holds its shareholding in Telecel Zimbabwe through Telecel Globe.

The licence expired in June last year, but Telecel failed to raise the necessary cash for the renewal. As a result the country's biggest tele–communications network operator, Econet Wireless, suspended interconnection with Telecel, which it accused of operating illegally.

The government had also earlier last year threatened to close Telecel for failing to comply with the Indigenisation and Economic Empowerment Act that stipulates that a 51% stake in any business must be held by local Zimbabweans.

Last August the M&G reported that Makamba had then engaged Zhuwao after it became apparent the government was moving to stop Telecel's operations.

The licence was extended in July after Zhuwao persuaded the telecommunications regulator, the Postal and Telecommunications Regulatory Authority of Zimbabwe (Potraz), that he would engage squabbling shareholders and come up with an acceptable empowerment deal that would enable the company to pay for its licence renewal by December last year.

Zhuwao, who confirmed last year that he had indeed played a major role in securing the licence extension, was appointed managing director of Empowerment Corporation in July. He said: "My political experience also allowed me to facilitate and negotiate to stop the fights between the indigenous shareholders. I am also a successful businessman."

Mutasa, who is one of Empowerment Corporation's shareholders, declined to comment.

Disputes far from over
But a Supreme Court judgment this week indicates that the internecine shareholder disputes were far from over.

The court gave prosecutor general Johannes Tomana five days to issue a certificate to Telecel Zimbabwe for the private prosecution of Mutasa on charges of swindling the firm of more than $1.7-million in airtime recharge vouchers.

She also alleged that Makamba sold 20% of the Empowerment Corporation stake in Telecel Zimbabwe to Orascom without the knowledge of the other shareholders.