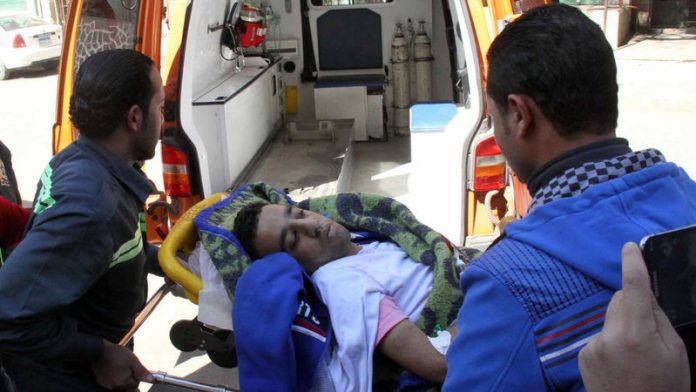 In a statement posted on Friday on a jihadi website, Ajnad Misr, Arabic for Egypt's Soldiers, said it carried out the double bombing that hit a police vehicle on a bridge earlier in the day.

It said its "soldiers reached the heart of the criminal apparatus … to send a message to them that they are not safe from retribution".

It said its fighters were monitoring the movements of the police and the headquarters from which "they launch their attacks every Friday killing and abusing innocent people."

The group issued its first statement last week, claiming responsibility for several such bombings including one on January 24 that hit police just as they returned from clashes with Muslim Brotherhood supporters protesting the ouster of Islamist President Mohammed Morsi.

The Brotherhood and its allies frequently take to the streets after Friday midday Muslim prayers.

Ajnad Misr vowed to continue its attacks on police, urging them to defect and repent. It said it would not keep quiet until "justice prevails and a state accepted by God is established".

It said police should "leave the service before being overpowered because the events are accelerating and that the chance to defect might not last long."

The authenticity of the statement could not be verified but it was posted on an al-Qaeda-affiliated website frequently used for militant claims.

Militant attacks have surged in Egypt since Morsi's overthrow. Many of the deadliest have been claimed by the Sinai-based Ansar Beit al-Maqdis, or Champions of Jerusalem.

The wave of violence, which began as retaliation for the military's ouster of Morsi, has raised concern that Egypt is evolving into a new front for regional jihadi groups. – Sapa-AP