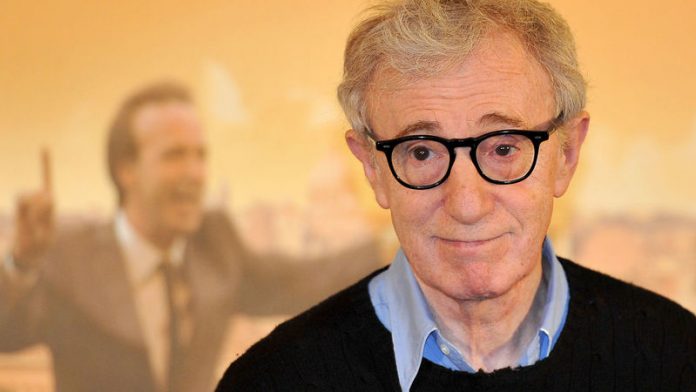 An advance copy of Allen's Op-Ed piece, to be published in the upcoming Sunday edition of the New York Times, was posted online five days after Dylan Farrow, 28, revived and elaborated on the decades-old accusation in her own words in an open letter on the Times' website.

Allen was never arrested or prosecuted after the allegations of sexual abuse against him first surfaced in 1993 and were investigated by state police in Connecticut, where Mia Farrow and her children lived.

"Of course, I did not molest Dylan," Allen wrote. "I loved her and hope one day she will grasp how she has been cheated out of having a loving father and exploited by a mother more interested in her own festering anger than her daughter's well-being."

Mia Farrow, 68, who appeared in more than a dozen of Allen's films, ended a 12-year relationship with the director in 1992 amid revelations that he had an affair with her then-22-year-old adopted daughter, Soon-Yi Previn, whom Allen later married.

Allen has long asserted that Farrow fabricated the molestation claims against him and planted them in Dylan's mind as a ploy to damage him in the custody battle that ensued.

The sex abuse claim against the "Annie Hall" director was first revisited last year by Dylan Farrow in an interview with Vanity Fair magazine.

The actress and her son, Ronan Farrow, renewed attention on the scandal again on Twitter during the telecast of January's Golden Globe Awards, where Allen was given a lifetime achievement honor.

Dylan Farrow then expanded on the molestation accusations in the New York Times last Sunday, asserting that Allen assaulted her in a closet-sized attic of the family home 21 years ago.

The filmmaker had previously issued denials of the latest claims through statements by his attorney in multiple television appearances.

Allen wrote in his personal rejoinder on Friday: "This piece will be my final word on this entire matter, and no one will be responding on my behalf to any further comments on it by any party."