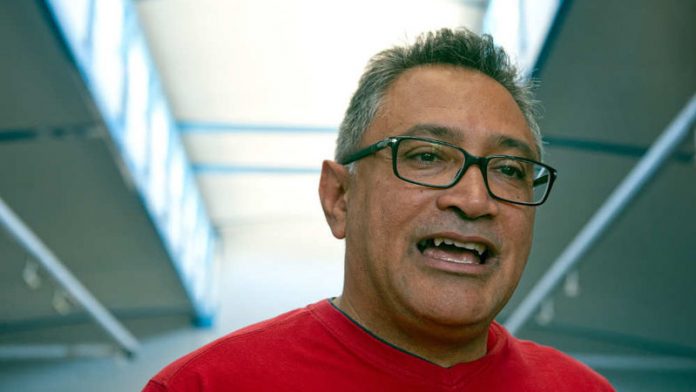 Legendary South African activist Zackie Achmat took to the stand at the Khayelitsha commission of inquiry into policing on Monday and called for an apology and public pledge by police to the community that they will fix the crisis.

"A public pledge without an apology for what has gone on will not be enough," said Achmat, who is now the director of Ndifuna Ukwazi, an organisation that focuses on social justice issues and fosters active citizenship and leadership in South Africa.

"Because then it will be one of the routine pledges. So I think it is essential that it should also have an element of acknowledging that serious mistakes were made."

Top advocate Norman Arendse, who represents the police, said he believed a ceremony of that nature would be acceptable to the national commissioner Riah Phiyega and Police Minister Nathi Mthethwa, if it emerged there was evidence to suggest police should apologise to the community.

"Having got to know them on a personal level, if there is evidence police played a role, they will be prepared to offer those apologies," Arendse told the commission.

The commission was mandated to investigate the alleged inefficiency of police in the area and the breakdown of relations between the Khayelitsha community and the police. In past weeks it has heard heart-breaking testimony from residents about their experiences at the hands of police.

It was set up only after a lengthy court battle with Mthethwa, following its establishment by Western Cape Premier Helen Zille in August 2012, and was delayed by a year.

Key activist
Several organisations were complainants against the police, and Achmat was one of the key activists who pushed for the commission.

His fellow activists knew Achmat would not give up without a fight.

Achmat was co-founder of the activist movement for people living with HIV and Aids, the Treatment Action Campaign (TAC), and achieved world-wide recognition when he refused to take the antiretroviral drug, AZT, until all South Africans were provided with the medication by former president Thabo Mbeki.

HIV-positive, Achmat has inspired others to live openly with their status.

In his affidavit to the commission, Achmat revealed that a turning point for him in understanding the community fury at policing in Khayelitsha was when one of his co-workers at the TAC, Lorna Mlofana, was tragically murdered in 2003 in the township.

"I joined a march to the shebeen where she was murdered and to the perpetrator's home. During the march, I became seriously aware of the community anger against the police," Achmat said.

"If I had not made a speech that helped calm people down, violence would have occurred against the shebeen owner, and at the house of the family of the perpetrator."

Achmat said it was during times such as that when mob killings usually occur in Khayelitsha.

Safety
During 2003 to 2008, the TAC had become directly involved in cases of gender violence against women and children.

"Many people in Khayelitsha do not feel safe in what is mostly an informal housing, without electricity and no protection from the elements," he said.

Commissioners Justice Kate O'Regan and advocate Vusi Pikoli are currently overseeing the commission in a community hall in one of Khayelitsha's main tourist sites, the Lookout Hill.

Affirming medicine as a public good