Swarovski steps into the world of making film 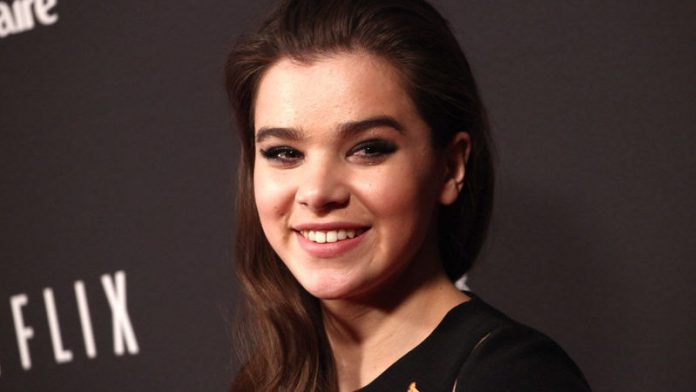 Whether it's a direct adaptation or simply an influence, William Shakespeare's Romeo and Juliet has made silver screen appearances more frequently than Dracula and Frankenstein combined. Writer Julian Fellows and director Carlos Carlei are the latest to bring this perennial tale of tragedy to cinema, but not without the assistance of the newest name in film production – Swarovski Entertainment.

Romeo and Juliet, at its foundation is the archetype of tragic romance, a tale familiar to all and arguably the most well-known work of fiction in the western world. But it is so much more: it's a cautionary tale that transcends the flimsy romantic story arc the story has become known for. This manifestation of the tale stays true in most regards to the setting and the performances of Hailee Steinfeld, Douglas Booth, and the surprisingly adept Paul Giamatti as Friar Lawrence, are pitch perfect in their intensity. The theatricality of the story is lost by cinematic association, but the drama endures and one could not ask much more from a direct adaption.

This retold tale of history's most beloved tragedy brings a new player to the film world. Known exclusively for its luxury crystal empire, showbiz is hardly the industry one would have pictured Swarovski delving into, but it would appear that it's a match made in heaven, according to Nadja Swarovski, chairperson of Swarovski Entertainment.

"Swarovski has worked closely with costume and set designers ever since the emergence of the silver screen, so it felt like a natural evolution for us to move into film production.

"A number of luxury brands are embracing the medium by supplying jewellery, couture and so on, but we wanted to take things one step further with Swarovski Entertainment – not simply to be a supplier of products but to be a fully functional film division."

Less surprising is the choice for their debut film – Romeo and Juliet is a tale defined by its opulence, distinguish, and its multifaceted approach to storytelling – qualities that Nadja Swarovski was clearly aware of.

"We were looking for a property which expressed our brand's ability to enchant and inspire through moving images, and we realised that the world's greatest love story told by our greatest screen storyteller was a winning combination … Carlo Carlei's take on Romeo & Juliet is timeless and classic but it also feels fresh, dynamic and modern. We hope that this reflects the essence of our brand and our company's philosophy: we take pride in our past but keep a keen eye on the future."

But does the most prominent flaw in the film lie in this desire to meet the expectations of the historical and the contemporary? For the most part, Carlei's Romeo and Juliet is an indulgent yet authentic realisation of Renaissance Verona, with its sweeping medieval architecture and sumptuous design cues, but the auditory embellishments are amiss. Rather than keeping with one central theme, this take is bombarded by an overly melodramatic score that incessantly continues throughout the film – the music is characterless and schmaltzy, destroying the illusion so successfully built through dialogue, character, and visual design.

One cannot fault the genius of Shakespeare – the Bard's immortal storytelling and dialogue are razor-sharp and stand the test of time; no element is superfluous and Romeo and Juliet is testament to this. Carlei's production will not be the last adaptation of this story, and just as dozens of realisations came before it, the future holds reprisals beyond quantification. However, this incarnation holds no novelty unlike Luhrmann's 1996 offering; Carlei's is a bythe-book cinematic entry – a no-nonsense period piece that is timeless but by no means definitive.

M.I.A.’s collage clarifies the cause