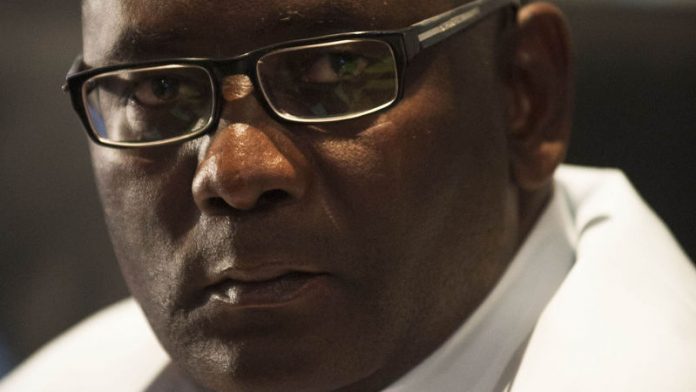 Speaking to the Mail & Guardian on Tuesday, Vavi rejected the Sizwe Ntsaluba report, which found there were irregularities regarding the purchase of a new Cosatu building and the selling of the old one. This included the inflation of the price with regard to Cosatu's new building bought for over R50-million.

Acting Cosatu general secretary Bheki Ntshalintshali told a media briefing on Tuesday the auditors also found there was a conflict of interest on Vavi's side after it was discovered that his daughter was employed by VMS – a company contracted by Cosatu to provide technology for a fingerprinting system at its new headquarters in Braamfontein, Johannesburg.

The auditors, according to Ntshalintshali, also found there was a business partnership between VMS and Vavi's wife Noluthando. But Vavi insisted he did nothing wrong. He claimed he was never given an opportunity to respond to the adverse findings against him despite the earlier assurance by Cosatu and the mediators – Charles Nupen and Moss Mashishi – that this would be the case.

"I only became aware of the negative findings at 5pm on Monday. My right has been violated by Gobodo and Cosatu. How does [Cosatu president]​ Sdumo Dlamini explain that? He goes to the media and says there are findings against me. There can be no worst form of defamation," said Vavi. He said if there were irregularities in the purchase of the new Cosatu building, all Cosatu leaders, including Dlamini, should account for that.

"If they go for me, they will have to go for everyone within the central executive committee [CEC] of Cosatu, including the president. The CEC managed the whole thing politically. They [Cosatu] can't act as if they don't know," said Vavi.

Unfair
Vavi argued that it would be unfair to hold him responsible regarding the employment of his daughter by VMS.

"The child is not staying with me. I can't take responsibility why she was employed … She stays with [general secretary of the National Education Health and Allied Workers Union]​ Slovo [Fikile] Majola. The young lady explained everything [to the auditors] and how she met with Slovo. Why turn around and say I am conflicted?"

Vavi's spokesperson John Dludlu said on Tuesday that while Vavi co-operated fully with the numerous parallel investigations he had been subjected to in the last 12 months, they found it curious that the investigators elected to ambush him by not sharing their findings with him.

"We place on record that Mr Vavi was given an undertaking by the facilitators that he would be afforded a chance to comment on any findings against him and his comments would form part of the final report."

Dludlu said the actions appeared to demonstrate bias, unprofessional conduct and a misunderstanding of and lack of appreciation for the seriousness of the matter at hand and the implications thereof.

"We believe Mr Vavi has been clearly denied the proper right to be heard by the forensic firm in discussing the report with the Cosatu central executive committee prior to his comments on its findings," he said, adding that Vavi would be seeking legal advice.

'I am going to fight'
​Vavi said he was prepared to counter all the findings against him.

He said the trial date in which he is challenging Cosatu for his suspension is set for March 17 and 18 at the high court in Johannesburg. Vavi was suspended after he admitted to having sex with a junior official at the Cosatu offices.

The National Union of Metal Workers of South Africa (Numsa) and eight other affiliates have also challenged Vavi's suspension in court. The nine pro-Vavi unions have also threatened to go to court to force Cosatu to convene a special congress, as requested by one third of the Cosatu affiliates.

On Tuesday, the federation told Numsa it should write a letter to explain why it should not be suspended or even expelled form Cosatu. It will also ask the other eight pro-Vavi unions to clarify their views on Numsa's special congress declaration and resolutions. – Additional reporting by Sapa

The Western province, which has 65% of all positive Covid-19 cases, is preparing additional health facilities for a July peak
Read more