Judiciary calls for balance between independence and accountability 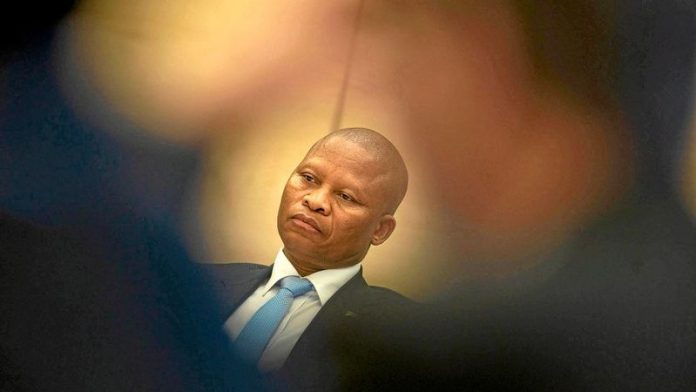 Mogoeng has been an energetic leader of the judiciary since his appointment to the apex of the institution. He has relentlessly pursued the objective of ensuring that access to speedy and efficient justice for all is honoured in practice and not restricted to empty proclamations about it.

Recently, he returned to this theme in a speech delivered at the 17th annual general conference of the Judicial Officers' Association of South Africa. He referred to the Superior Courts Act and the provision in it for the obligation of the chief justice to establish norms and standards for the operation of all courts.

Traditionally, a chief justice has been viewed as primus inter pares – first among equals. Judges are accorded independence to perform their core tasks and, at best, the chief justice can persuade his colleagues (we await our first female chief justice) to follow certain guidelines in respect of their performance.

So, although judges "remain independent to take decisions in ­relation to cases before [them] without undue influence, [they] are never free to take as long as [they] want to finalise cases and deliver judgments".

There is much here that deserves analysis. Mogoeng sees his office as similar to that of the head of the executive.

He is the chief executive officer of the judicial institution – a very different model to "first among equals".

It raises the question of demarcating the appropriate boundary between the independence of individual judges to adjudicate without any extraneous influence and the commendable objective of ensuring the kind of operational efficiency that is needed to deliver "quality justice to all our people speedily".

It is thus not surprising that, as reported, many members of the judiciary have voiced disquiet about the draft norms and standards that have been prepared by the chief justice.

The balance between accountability and independence is not easy to strike in this context. For example, if it is mandated that judges must sit in court for a minimum of five hours a day, how must a judge deal with applications for postponements, even of short duration, or the demands of correctional services officers, say, who have their own timetables and constraints regarding transporting the accused between the courts and the correctional facilities?

When Mogoeng referred to delays in the delivery of judgments, in some cases apparently for longer than a year, he is to be commended for his concern and determination to ensure reasonable expedition. But there are existing mechanisms, through the Judicial Service Commission (JSC), to deal with unacceptable practices such as these, which, in some cases, do not appear to have been used properly to hold judges to account.

In similar fashion, the chief justice referred to judges who have been involved in projects set up by the executive without consulting higher judicial leadership.

There are instances in which the courts have commented adversely on such practices but no action was taken by the JSC. For this reason, the problem may lie less in the existing system and more in an unwillingness or lethargy to deal with problems justifiably raised by the chief justice.

Hence, we can ask: Is it new standards that are required, or is it an unbending commitment to prevent what Mogoeng referred to as practices and conduct that "undermine the integrity, dignity and independence of, and trust in, the judiciary"?

South Africa has an excellent record in formulating plans and policies but in falling down in implementing them.

In this case, the chief justice has no doubt about the need for better mechanisms to ensure accountability. He referred to the need for "brutal self- and organisational introspection", adding that "our individual and collective independence, properly understood, can never justify the way we have been operating over the years".

It is not clear from this part of his speech whether Mogoeng considers that there has been widespread nondelivery of justice by the judges, although he did refer to absenteeism and poor performance.

Doubtless there will be considerable debate about the balance to be struck between judges being independent – from anyone, including judge presidents and the chief justice – when they perform their adjudicative functions and the establishment of standards of accountability, which are owed to the citizenry the institution is designed to serve.

But the debate will need to extend to the kind of appointments and promotions made by the JSC. After all, if performance and absenteeism are current problems, even if only in rare cases, what does it say about some of the appointments made over the past two decades?