Oh to be a ‘gutsy little lady’ 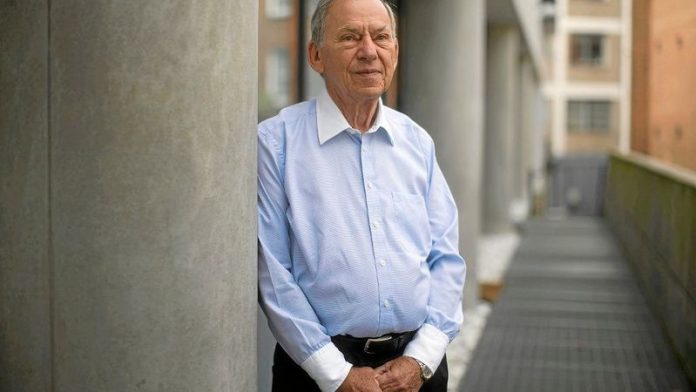 When I grow up, I want to be a "gutsy little lady". I could even start a society of Gutsy Little Ladies (GLL). It has a nice ring to it. That's how Agang's supposed wealthy benefactor, businessman Nathan Kirsh, described both Agang leader Dr Mamphela Ramphele and the Democratic Alliance's Helen Zille.

This was in response to queries from the Sunday Independent about whether Kirsh was the mystery donor who had promised to fund cash-strapped Agang. Such bankrolling of the party would come at a price, though: Ramphele would have to merge her small new-kid-on-the-block party with the official opposition.

Oh to be gutsy! Little! And a lady! Oh, pray tell, what does that mean? Let's look at what these two women have achieved before they were entered into the GLL Hall of Fame by Kirsh.

Ramphele has done outstanding primary healthcare work for the various rural communities she lived in while serving banishment orders imposed on her by the apartheid state. A mother of two boys, she became vice-chancellor of the University of Cape Town as well as managing director of that international behemoth, the World Bank. As she ascended the corporate ladder, how many people whistled and sighed as she walked past: "There goes that gutsy little lady!"? Or perhaps they would have said: "There goes a leader."

And the other little lady: from a journalist who uncovered one of the biggest attempted political cover-ups of her time by exposing the death in detention of Black Consciousness leader Steve Biko to heading the DA, the second-biggest political party in the country. As education MEC in the Western Cape, she let no one forget that teachers were expected to be on time in class, teaching. Since she took the reins of the DA, it has grown its support base over two successive elections. Certainly no small feat in a country still dominated by the ANC.

Why bother with the details? Because people like Kirsh, safely closeted behind the veil that super-wealth and power bestow on them, do not bother being selective or thoughtful in the language they use. Language is so revealing of meaning and intent, even when it's not deliberate.

I have no doubt that Kirsh is filled with admiration for these two women and the work of their political organisations. Presumably he would not have parted with his money if he did not believe that to be the case.

Could he not simply have said so in a manner that accurately reflects this admiration, as opposed to his coming across as patronising and sexist? His words reveal a nonchalant, indulgent manner towards women in power that seems to mean: "Let's entertain the little ladies and their curious political experiment."

The fact is that the attempted merger was bungled, and that's a reflection of poor judgment on the part of one of the parties and naivety on the other's part – or perhaps a bit of both on the part of both.

But that's not because they're women. It's because politicians, ever calculating, are looking for a quick fix in these heady election days; they want to ensure that their parties garner as much support as possible. It's a numbers game, but much to their chagrin, both participants have learned that such a crude effort would not hoodwink voters.

Zille entertains the frenzied foolishness that if only the DA had a black leader it would miraculously gain a lot more black supporters. It is a fallacy, one I hope she now understands. There is no fast track to dealing with the perceived or real lack of transformation in the DA. It requires serious legwork.

The DA will only make substantial inroads among black voters when black people believe that it is a party that knows, understands and cares who they are. It needs to see that they feel aggrieved about persistent inequality, and that this is squarely located in our history of disproportionate access to the economy. Redress must be made, and that requires efforts by the privileged.

Ramphele falsely thought that throwing her lot in with the DA would give her party the machinery needed to run a compelling campaign (and help to balance the books). It would also catapult her into a plum leading position. I don't judge Ramphele for being ambitious, but would she not rather have done it under her own steam?

This political farce is certain to generate fodder for comedians – for ages to come.