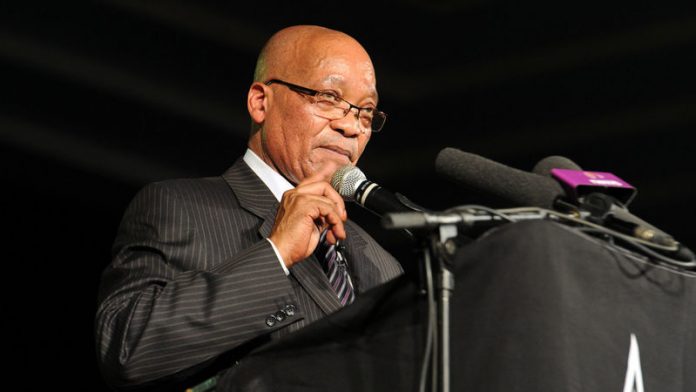 President Jacob Zuma will deliver his sixth and final State of the Nation address for this term in government, and many have different expectations of his speech.

Some, especially in opposition politics who think very little of Zuma's leadership skills and would like to see him lose the May 7 election, drafted their wish lists on how the government should address the challenges the country faces.

Others, however, such as the Congress of the People (Cope) expect the highly impossible from Zuma – announcing his immediate departure from office.

Cope
Cope leader Mosiuoa Lekota said Zuma should confess in Parliament that he failed the nation and should announce his resignation from active politics with immediate effect.

Lekota, a former government minister co-founded Cope a few months after Zuma was elected as president of the ruling ANC in Polokwane in 2007. He has been a vocal critic of the Zuma administration ever since.

On Wednesday, Lekota said about Zuma: "He is a walking disaster and the source of national embarrassment. Thursday evening is going to be a zero-sum game for Zuma."

Lekota said he expected Zuma to "piggyback" on the achievements of former presidents Nelson Mandela and Thabo Mbeki "in an effort to window-dress the emptiness of his five-year stint in the presidency".

"Beyond that, he will make vacuous promises, skirt challenges, and offer nothing concrete at all … The National Development Plan [NDP] has no traction, education standards have fallen, and public discontentment is the highest it has been since 2004 – in fact, discontentment peaked in 2009 when Zuma assumed the presidency.

"In addition, growth and revenue expectations have had to be revised to indicate a decline, the treasury is running on empty, and Zuma's government has no fiscal space either to provide stimulus to the economy or meet the service demands of the people," said Lekota.

Democratic Alliance
"Under President Zuma, we have watched a number of major crises unfold. We have seen the poor performance of our economy and the rapid increase in corruption and cronyism; we have witnessed numerous challenges with the quality of our education system and the increased prevalence of violent service delivery protests," said DA parliamentary leader, Lindiwe Mazibuko earlier this week.

She said while the country has made major progress since the end of apartheid, Zuma's government has begun to reverse this positive trend.

"His presidency has been characterised by the recycling of the same promises and commitments, with few or no tangible results.

"At the heart of the problem is President Zuma himself. His term in office has been characterised by a lack of leadership and policy direction. He has, to put it bluntly, been a major obstacle to the creation of jobs and the fight against corruption," said Mazibuko.

To improve the economy's growth, the DA said it would like Zuma to call for the reform of labour legislation, which would lessen the divide between economic insiders and outsiders, and announce reforms to broad-based black economic empowerment framework so it becomes a useful tool for creating jobs and involving new entrants in the economy instead of benefiting only a narrow elite.

The DA added Zuma needed to present an action plan for a serious education system overhaul, make it clear to ANC tripartite alliance partners that the health of the economy will always come first and announce clear deadlines for the full  implementation of the youth wage subsidy.

The DA said to show that he is serious about combating corruption, Zuma should commit to refunding all the money that was spent at Nkandla upgrading his personal residence.

Inkatha Freedom Party
The Inkatha Freedom Party (IFP) said decisive and immediate action from Zuma was needed on high unemployment, service delivery and related protests, sub-standard education, infrastructure development and clarity on the spending at his home in Nkandla.

IFP chief whip Kobus van der Merwe, who is also an MP, accused Zuma of poor leadership, saying this led to a myriad undesirable effects, including cronyism and corruption, which were rotting the public service system.

"Unemployment remains rife, with many South Africans being left in a state of utter hopelessness and despair. Education is sub-standard, with an ever widening gap between what is being taught in our schools and real-world requirements for gainful employment."

Van der Merwe said infrastructure development and maintenance were core features to our economic recovery, and to this end they wished to see real impetus placed behind the national development plan and not just mere "lip service".

"This will be coloured with a list of so-called ANC achievements over the past 20 years, how well it is going now and with calls to vote for the ANC in the forthcoming election," said FF+ leader Pieter Mulder, who is also deputy minister of agriculture, forestry and fisheries.

Mulder said Zuma should focus on the present, where residential areas were burning, faced regular strikes, poor economic growth and corruption increasing across all levels.

The address is therefore an opportunity for him to react to these crises and indicate how he plans to deal with them, he said.

Zuma is scheduled to begin his address at 7pm to a joint sitting of Parliament, which will be beamed live on the national broadcaster and a number of radio stations.