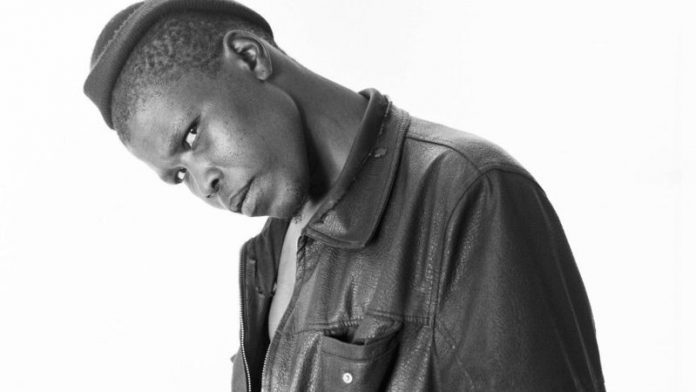 'It's harder for a person to hurt you when they know you," says photographer Jono Wood. But at the same time, even though he enthusiastically spent half a year documenting one of humanity's most destructive pathologies, "if I bumped into a junkie on the street, I would probably cross to the other side. And if they followed my lead, I'd run."

Wood, an up-and-coming photographer, works with the people no one else wants to. Prostitutes. Slum lords. Gangsters. The city's human detritus. His project, The Park, hones in on some of the most desperate and shifty of them all: junkies. Their poison Crack, heroin and nyaope. "It took us six months before I could even shoot one picture; we had to win their trust first," says Wood.

But why? Why risk muggings and the viscous body fluids and mercurial moods of a slice of humanity gone base? "I always wanted to be a war photographer," says Wood, "I would pore over the greats like James Nachtwey and Tim Hetherington. After college I set my sights on the local stories – I mean we have so much going on here. I wanted to focus on people living in different situations to mine."

And the local "colour", found in a park in Hillbrow, Johannesburg, couldn't be more different to Wood's and his collaborator's, journalist Nickolaus Bauer, situations.

"The entire time on that first journey into the belly of this park, our internal monologues were babbling: ‘What are we doing here?' I just wanted to turn and leave," says Wood. "My adrenalin was pumping. It was scary. There's human faeces, needles and other drug paraphernalia strewn around, rats, sick people with runny noses and watery eyes.

"And, aside from the general unpleasantness, I also realised our reception was way too warm – I've worked with gangsters before and I just knew they were trying to hustle us. From the minute we engaged it was: ‘Ja, come with me; I'll give you the best story; bring your camera tomorrow; you don't have to be scared; bring all your equipment; don't worry; why don't you have a cellphone? You must bring your cellphone! You can trust us.'

It was clear the two suburbanites were considered easy pickings and were in the process of being shanghaied. "That world is bigger and badder than us. And we quickly realised we had to learn how it worked in order for us to come out unscathed."

Wood (26) and Bauer (29) attacked it from a hierarchical angle. "First we approached the Nigerian drug dealers. We reassured them we weren't there to disrupt business or show their faces", and after they scotched the Nigerian's suspicions, and, to some extent, "yes, I suppose we shook hands with the devil", Wood and Bauer moved on to working on gaining the trust of the junkies, and appearing as unpreylike as possible.

"We sat. Sometimes we shared cigarettes, sometimes we didn't. We spoke. About all sorts of things: politics, women. One guy, Kapi, a nyaope addict and also a general in the 26 gang [26s are infamous for monetary crimes], even gave Nick career advice, which, surprisingly, was pretty good. We spoke about addictions and even break-ups. One guy was going through one and he was devastated.

"After a while I think they really started to enjoy our company. I guess because we showed longevity and commitment and a genuine interest in them as individuals.

"We knew then this project had to be about characters, individuals, not just nameless people with needles stuck in their arms. And that's where Nick comes in. He got the back stories of these individuals. He's the storyteller, next to my picture-making".

And although the pair sympathised on some levels with their subjects, they never relinquished vigilance. "Look, it's not like they're constantly walking around stabbing people and shooting up," says Wood. "We got to know some of these people, their histories and personalities, and a lot of it is tragic. You can't help seeing them as humans and, when you do, it removes some of the fear and that's empowering.

"We wanted to do this project because what you can't see is when your imagination creeps in – that's where your biggest fears come from … what you don't know.

"We are simply revealing a reality. Bring your kids [to the exhibition]. They might never look at drugs …"