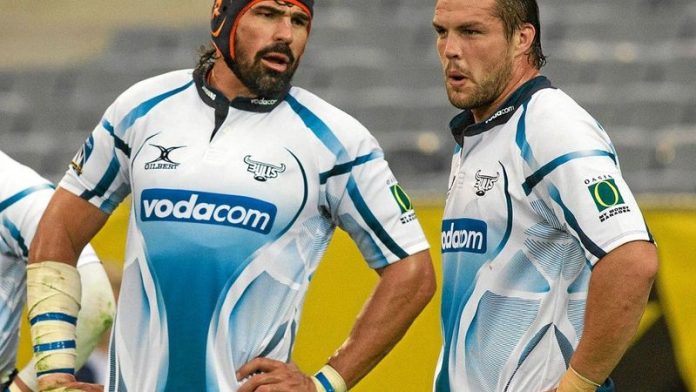 When Victor Matfield retired at the end of the 2011 Rugby World Cup, it was assumed that the Bulls franchise would cave in. After all, at the same time the Bulls also said goodbye to Fourie du Preez, Danie Rossouw, Gurthro Steenkamp and Gary Botha. All had been part of the mighty blue machine that won three Super Rugby titles under Matfield's captaincy.

At the end of last season, others left the Loftus faithful wondering what the future held. Off to Europe went Juandré Kruger, Chiliboy Ralepelle, Janno Vermaak and Zane Kirchner. Add the traditional pre-season injury list, and the team that Frans Ludeke announced for the opening match of the season was not difficult to predict. It was less a case of selection than of availability.

Perhaps Ludeke's biggest decision concerned Matfield. Having ended a two-and-half year retirement, should the Springbok legend start the game or play off the bench? In the end the coach opted for the conservative route, meaning that Flip van der Merwe, Matfield's understudy for several seasons at both the Bulls and the Springboks, gets to start against the Sharks at Kings Park.

It provides us with a delicious opportunity to compare the two. Van der Merwe is an old-fashioned South African lock forward: the strong, silent type, comfortable with the basics, but perhaps a tad unfamiliar with the laws of the game and utterly lacking in flair.

Matfield, on the other hand, was the best of his generation, able to turn opposition line-outs to jelly by his mere presence; comfortable with ball in hand and gifted with a rare presence.

Lofty aims
It is too much to expect Matfield to dominate on his return, although it goes without saying that no one would be in the least surprised. But there will almost certainly come a moment, as Van der Merwe departs and Matfield lopes on, when the Bulls' number four lock, the 21-year-old Paul Willemse, will wonder why everyone in the ground is shouting.

It is at this moment that the game will change, as many of his teammates will pinch themselves and try to remember that it's not cool to ask for an autograph while the game is still on. Like Asterix's magic potion, the effect will eventually wear off, but if the Bulls are in touch when Matfield joins the fray, the Sharks had better look out.

If you believe the hype, the Sharks only have to turn up to reach the final of Super Rugby this year. They have a squad replete with star quality; Springboks all over the field; a blend of youth and experience; a coach – Jake White – who has been there, done that. And yet … and yet …

In his illustrious career, White has never been a head coach at a Super Rugby franchise in this country. He is correctly lauded for turning around the fortunes of the Brumbies, the Australian team going from no-hopers to the final, under his watch. But that was then, and this is now.

The Sharks squad is no stronger at the beginning of this year than it was at the same time in 2013. A few disappointing performances persuaded the board to dispense with the services of the loyal John Plumtree. Subsequently, the team never really added up to the sum of its parts. Ultimately, the Sharks missed the playoffs by two places. New faces appeared in time for the Currie Cup season and, by beating Western Province in the final, it was assumed that the ship was back on course, but that's far from the case.

Start strong
It would be disingenuous to suggest that the Sharks are not as good as everyone says they are, but they need to hit the ground running. They learnt precious little from a one-sided warm-up against the Lions at Ellis Park. White picked something close to his first-choice 15, whereas Johan Ackermann sent out a second team, worried that he could ill-afford injuries to key players before the tournament had even begun.

Equally, the runout against Saracens in London a fortnight ago was not quite the warm-up White was looking for. The match was played in freezing conditions, some 25 degrees below what his charges can expect at Kings Park on Saturday. A second-half revival camouflaged some glaring deficiencies, not least in the scrums where collapsing was common.

Every year the lawmakers claim to have solved the problems in the scrum; 2014 is no different. The greatest area of contention is the engagement, and this year referees will demand that props are in

"a position of strength" when the front rows bind. That is in direct contradiction to what has been coached since last year's change, where between the "bind" and "set" calls, props have been moving their legs backwards, enabling them to push with both feet when the ball enters the channel.

Referees have been told to penalise the tactic: if the opposition front row was to disappear before the "set", a prop with both feet back would fall flat on his face. Which is what might happen to the Sharks on Saturday.