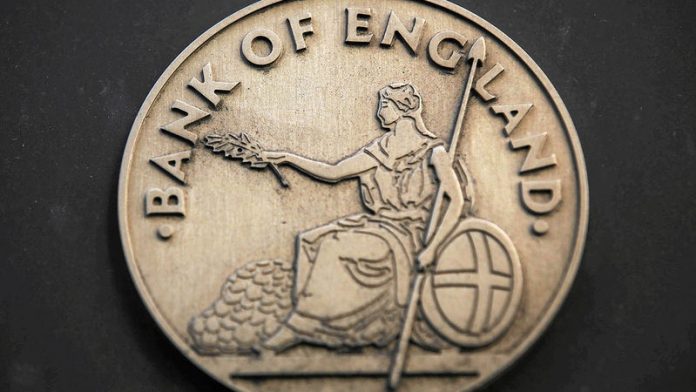 The Bank of England (BoE)has been dragged into the mounting controversy over allegations of price fixing in the £3-trillion-a-day foreign exchange markets after it emerged that a group of traders had told the bank they were exchanging information about their clients' positions.

The latest twist in the saga — already the subject of investigations by regulators around the world — puts the focus on a meeting between key officials at the central bank and leading foreign exchange dealers in April 2012, when they discussed the way they handled trades ahead of the crucial setting of a benchmark in the prices of major currencies.

The benchmark is used to price a wide variety of financial products and is the subject of regulators' attention amid allegations that traders at rival banks were sharing information about their orders from clients to manipulate the price.

The BoE has previously released brief details of the April 2012 meeting, but Bloomberg reported that a senior trader who attended had made notes showing that officials did not believe it was improper to share customer orders.

According to Bloomberg, there had been a 15-minute conversation on currency benchmarks during which traders said they used chatrooms — now banned by many banks — to trade ahead of the volatile period when the benchmarks were set.

The notes have been given to the Financial Conduct Authority (FCA), which is among the regulators investigating potential manipulation.

"Extra item"
The record of the meeting released by the BoE shows it was chaired by Martin Mallett, its chief currency dealer, and includes an entry titled "extra item".

The record says: "Processes around fixes. There was a brief discussion on extra levels of compliance that many bank trading desks were subject to when managing client risks around the main set-piece benchmark fixings."

The BoE would not provide any additional information about the meeting of its so-called foreign exchange joint standing committee and said it was "continuing to support" the FCA with its investigation.

As the FCA's investigation becomes more detailed, it would be in traders' interests to suggest that the BoE knew about their activities, which they raised at a time when there was increasing scrutiny of the Libor (London Interbank Offered Rate)setting process.

The latter has since resulted in huge fines for five banks and more Libor fines are expected.

Martin Wheatley, chief executive of the FCA, told MPs on the House of Commons treasury select committee at the start of this week that the allegations were "every bit as bad" as those surrounding Libor.

"Extremely serious" allegations
The chairman of that committee, Conservative MP Andrew Tyrie, said last week that the allegations were "extremely serious" and urged the government to implement regulatory changes recommended by the parliamentary commission on banking standards.

Tyrie said: "These included making individuals personally responsible for lapses in standards, supported by sanctions. Among the most important were the commission's recommendations that remuneration incentivise good, not poor, behaviour. A fundamental reform of the structure of variable pay — which, for too long, has incentivised people to do the wrong thing — is needed."

In December it was reported that banks had known about the processes around setting the benchmark as long ago as 2009. The scrutiny has put a fresh focus on dealers leaving banks.

More than 20 traders at banks around the world are said to have been suspended or left roles in connection with the forex investigations.

Graeme King, co-head of foreign exchange spot trading at RBC Capital Markets, was said to have left. But the bank said "any suggestion that this is related to the broader FX [foreign exchange] regulatory investigations is incorrect".

Barclays has also appointed an interim head of its foreign exchange desk after Chris Ashton was suspended. He is Daniel Ryan, who joined a year ago and was described as a "junior trader" by the Financial Times. — © Guardian News & Media 2014