Winning away is the mark of success, say Australia 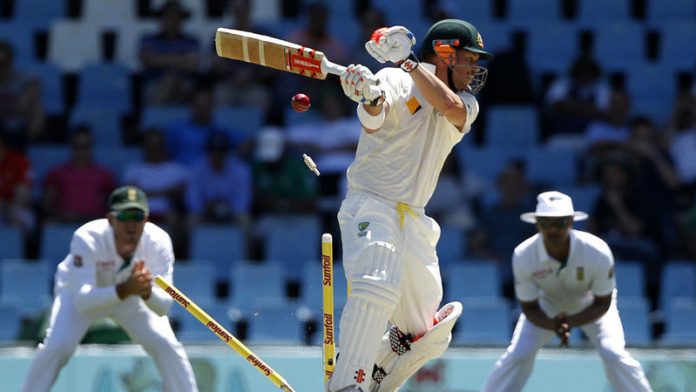 Capturing the Ashes was a big boost for Australia but being able to win a series away would be proper affirmation of their ability, captain Michael Clarke said after the first Test victory over South Africa on Saturday.

"The greatest test for us right now is being able to consistently win away from home," he told reporters after his team romped to a 281-run triumph in the first game of the three-match series.

"We've been very comfortable back in Australia and had a good win in the Ashes against England last month but we've found it tough away," said Clarke after South Africa were bowled out for 200 on the fourth day.

"We were beaten 4-0 in India and lost in England last year and that's why this series is such a challenge for us. We are playing the best test team in the world, certainly the best attack I've ever faced, and we have to be at our best all day every day."

Clarke was effusive in his praise of the Australian players.

"I see in my teammates' eyes at the moment that they are so hungry for success. Our attitude now is unbelievable," he said.

"We played in this game as good a brand of cricket as we had over the last couple of months.

"We were perhaps a little short with the ball in the first innings but executed well in the second. It was quite a nasty wicket, it was a good toss to lose."

The second Test in Port Elizabeth starts on Thursday. – Reuters