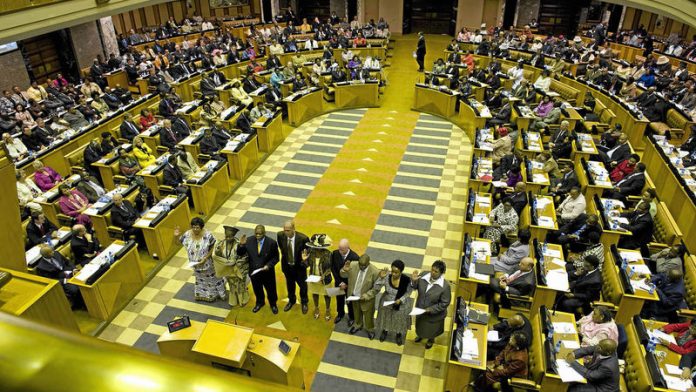 Reported plans to appoint a second deputy president for the country are "ill-advised" because President Jacob Zuma already has a bloated Cabinet, political analysts say.

This followed a report that the ruling ANC was engaged in "sensitive discussions" to create a second deputy president position and re-deploy the party's national chairperson Baleka Mbete to this post. Mbete was the country's deputy president for seven months after former president Thabo Mbeki was recalled and his deputy, Phumzile Mlambo-Ngcuka, resigned.

Others believe Zuma could justify appointing a second deputy president if this was meant to accelerate service delivery. But the general sentiment was that Zuma could not afford to make bigger the largest Cabinet since the dawn of democracy.

"South Africa does not need at all another expansion of Cabinet," said political analyst from the University of South Africa, Professor Shadrack Gutto.

"It's bloated; it's so large that it is dysfunctional. Sometimes people don't even know what they are supposed to be doing."

Gutto said it was "ill-advised" to even start thinking about a second deputy president.

'Bloated Cabinet'
"It's the same thinking that led to the bloated Cabinet since 2009. You have ministries whose functions are duplicated and there is a lot of overlapping. We have a fragmented government, which ultimately leads to dysfunctionality," Gutto said.

University of Johannesburg's Professor Tinyiko Maluleke said while it does not make sense at the moment to have a second deputy president, Zuma could still have a way of justifying this should the ANC decide it is the route it wants to take.

"The thing about positions is that they have to speak to your plan or your strategy. If you have decided this and that, tasks are important and you need more than the person you already have, you can justify any position, especially in government," Maluleke said.

"The question is, what is the big picture that requires a second deputy president?"

He, however, warned against criticising Zuma before all the details were known.

Presidency spokesperson Mac Maharaj on Sunday said the office was unaware of any discussion about the country getting two deputy presidents after the May elections.

"Issues of the Cabinet of the country are matters of the president of the country. I can assure you that we have never discussed issues of Cabinet in the ANC NEC," Mthembu said.

Gutto said government should allow South Africans to have a say in the planned two deputy presidents' positions.

"It's ill-advised and I hope this is put in public for a debate," he said.

"Effectiveness is not about the size of a Cabinet. In South Africa, with a population of 51-million, you cannot have a Cabinet that is bigger than the US one, while the US has got more than 300-million people."

The US has got 16 ministries while South Africa has got more than double that amount.

Gutto said the high number of Cabinet ministers led to confusion. It's like having a football match where you need 11 players per team and you decide to put double that number. You end up having chaos in the ground."

Maluleke said for Zuma, running government has been different from his predecessors and there may be reasons both his Cabinet and the presidency are larger. He said the first president of a democratic South Africa, the late Nelson Mandela "was building legislative framework and concentrated on unity and reconciliation. Thabo Mbeki wrote policies. By the time Zuma came in the policies were there, but the implementation had not been good," he said.

Amending the country's Constitution?
"You could argue that he [Zuma] is continuing on the same trajectory of looking for effective ways of implementation. Having a bigger presidency might be necessary for a president who is in the age of implementation like him."

Widespread service delivery protests were evidence that South Africans are impatient with the slow pace of delivery, Maluleke said.

The ANC will need to win a two-thirds majority in this year's election to enable it to easily amend the Constitution, but having support of other opposition parties could also make this process achievable.

What could irk South Africans
Deputy presidents normally live in their bosses' shadows: assisting the presidents in the execution of their duties, according to functions the presidents may assign to them.

In South Africa however, it has also been a standard practise that the deputy president's main responsibilities include leading government business in the National Assembly to ensure good relations between the executive and Parliament. In addition, the deputy president leads government's anti-poverty programme, chairs the South African National Aids Council, a body established to advise government on appropriate ways to respond to HIV, and  co-chairs a number of binational commissions formed with countries with which South Africa has strategic relations, working closely with the international relations and co-operation department.

The Sunday Times, however, reported that a government source said the plan is to have Mbete focusing on governance while Ramaphosa ran the country with Zuma.

Maluleke said what could irk South Africans is that Zuma has increased the size of the presidency more than any other administration before him, with four executive positions already accommodated in the first office of the land: the president, deputy president, minister of planning and the minister of monitoring and evaluation.

Gutto sees this expansion as a political stance.

"It is driven by the idea of rewarding comrades even if they are not doing anything."