EU eases Zimbabwe sanctions but keeps them on Mugabe 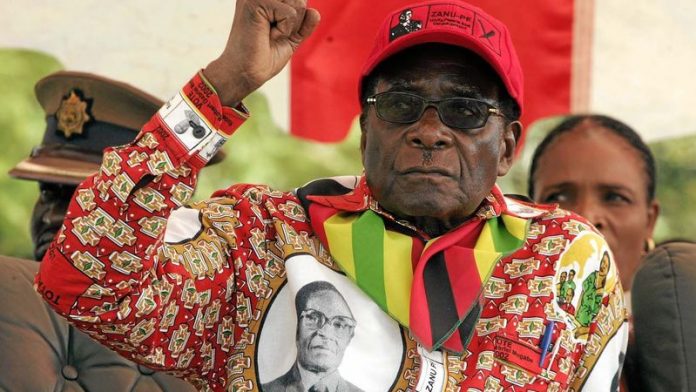 The European Union suspended sanctions on eight of Zimbabwe's most powerful military and political figures on Monday, but kept them on President Robert Mugabe and his wife, in a cautious easing of policy after last year's disputed elections.

The 28-nation EU, which imposed sanctions on Zimbabwe in 2002 in protest at human rights abuses and violations of democracy under Mugabe, has gradually eased sanctions over the last few years to encourage political reform.

Another decision, to be taken by ministers on Tuesday, is expected to pave the way for the EU to resume channelling development aid directly to the Zimbabwe government from 2015 after years in which the bloc shunned the government and worked with charities.

The EU's concessions were dismissed by Rugare Gumbo, a spokesperson for Mugabe's Zanu-PF party, who told Reuters in Harare: "This is all nonsensical, we don't accept these half measures. We want total and irrevocable removal of sanctions."

"They cannot keep the president on the sanctions list, what has Mugabe done? We have said we are open to talking to the EU but they have to remove those sanctions, they are hurting our people," he said.

Mugabe, who turns 90 on Friday, has ruled Zimbabwe since independence from Britain in 1980. He has frequently clashed with the West over his policies and accused the United States and Britain in a speech to the United Nations last September of trying to control his nation and its resources.

EU states were divided in their response when Mugabe won a fifth term as president in an election last July that was endorsed as free by African observers but denounced as fraudulent by the opposition.

Leverage
After a review, EU governments have decided to stick to their carrot-and-stick policy of gradual easing of sanctions with the aim of encouraging positive change in Zimbabwe while retaining some leverage over Mugabe to pursue reforms.

The EU decided on Monday to keep Mugabe and his wife Grace under an asset freeze and a ban on travelling to the EU for another year.

The bloc is retaining an arms embargo on Zimbabwe and sanctions on arms supplier Zimbabwe Defence Industries. But sanctions, which are reviewed annually, were suspended on the eight senior Zimbabwe officials who remained on the EU's list, EU sources said.

The EU has held out an olive branch to Mugabe by inviting him to take part in an EU-Africa summit in Brussels in April and granting him an exemption from sanctions to visit Europe.

Mugabe took part in EU-Africa summits in Tripoli in 2010 and Lisbon in 2007, although his presence at the Lisbon summit prompted a boycott by then British Prime Minister Gordon Brown.

The United States said after last July's Zimbabwe election that the vote was flawed and it did not plan to loosen its sanctions against Mugabe's government until there were signs of change in the country. – Reuters