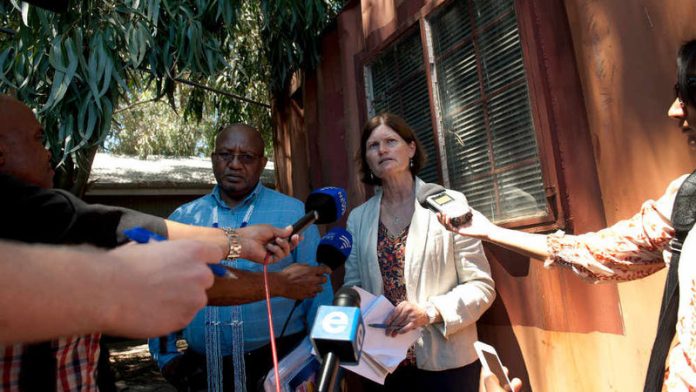 There is a serious shortage of uniformed officers and detectives at the Khayelitsha police station, a senior officer said in Cape Town on Monday.

"The RAG [resource allocation guidelines], I don't know how they do it. I'm not satisfied with the personnel I have. I need more personnel," station commander Brigadier Zithulele Ndladla testified at the Khayelitsha commission of inquiry into alleged police inefficiency in the area.

The RAG is the tool the police use to determine the number of staff and resources needed per police station.

He said when he took over as station commander in April 2011, the police's public order policing and tactical response teams were being re-established.

Officers that were assigned to Khayelitsha when the units were originally disbanded were re-assigned to the two police task teams.

When they moved out, they left a void in Khayelitsha, he said.

The stations needed additional officers for visible policing, and more detectives. "We need to co-ordinate foot patrols, which are impractical with the personnel you have," Ndladla said.

"With more personnel, it will help me access these inaccessible areas."

Crime hotspots
The brigadier was referring to crime hotspots such as informal settlements which officers could not reach by vehicle.

Ndladla said the staff shortages were discussed with Western Cape police commissioner Arno Lamoer, who could not do much because of what the RAG dictated.

"The PC [provincial commissioner] is also gagged by the RAG," he said.

Detectives at the Khayelitsha police station were often burdened with an average of 70 to 80 dockets per investigating officer. "In the movies, you see a team [of police] descending on a crime scene, attending to a docket. Here you have a team of dockets descending on a detective," he said.

The first phase of the commission's public hearings entered its fifth week, and was due to end by Friday.

However, proceedings were behind schedule due to evidence-in-chief and cross-examination taking longer than anticipated.

This would mean some witnesses, including Lamoer, would only testify during phase two of the commission's hearings in late March.

The inquiry, headed by retired Constitutional Court judge Kate O'Regan and advocate Vusi Pikoli – was set up by Western Cape Premier Helen Zille after residents lodged complaints about police inefficiency, which was the apparent cause of a spate of mob justice killings in the area.

The hearing continues on Tuesday. – Sapa

NDPP appointment process a step in the right direction — Pikoli

How Timol’s family fought to be heard