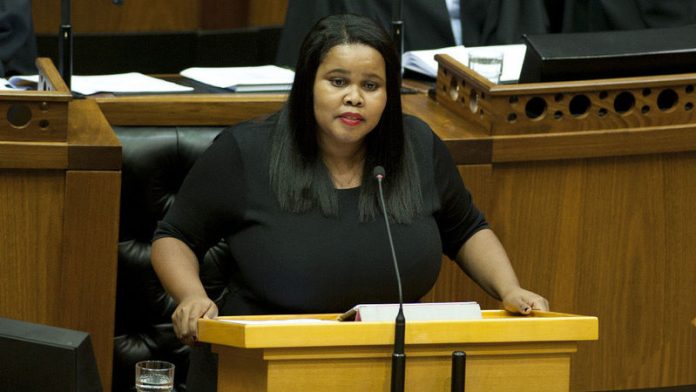 During the State of the Nation address debate – a creative planning meeting and discussion on Tuesday in Parliament – South Africa's number one source of blockbuster entertainment (Parlywood), a little too much was revealed about this season's most anticipated release, so far only known by its title: We Have a Good Story to Tell.

The ANC's latest cinematic offering has brought with it little further information, besides those seven words, over and over again by the production company's leadership. Most recently, at the latest press junket known only as Sona 2014, Jacob Zuma, the film's director and lead character, could barely get through a sentence without repeating the phrase, "We Have a Good Story to Tell", while still managing to reveal little about the actual story. In all fairness though, the accomplished director did manage to school viewers on a great deal of past achievements, which inspired many to utter: "Good work speaks for itself, Mr Zuma."

Amid awards season, with its crowning show The Elections right around the corner, the public is dying to know details about the film itself, or its premiere at the very least. The question on everyone's lips is: "When will this 'good story' happen?"

Apart from the usual suspects, the only thing a now waning audience know for sure is that the film would fall into the comedy genre. Aforementioned usual suspects are expected to ironically take on roles of leadership and share a lot of one-on-one time with the camera, where they will comically read outdated statistics and numbers in satirical fashion.

Knowledgeable industry players are sure this will induce belly aching laughter from viewers. But recent whispers from the walls of South Africa's Parlywood reveal that the season's most promising hit will make room for Lindiwe Mazibuko. The Parlywood representative for an opposing production company known as the Democratic Alliance will take on a feature role as the villain in We have a story to tell.

Insiders say Mazibuko's impromptu performance during the Sona debate was so impressive that Parlywood execs decided to make room for her almost immediately. Mazibuko entered into her dramatisation with the vigour and conviction worthy of putting any Meryl Streep monologue to shame. Her words, clearly her weapon of choice, flew from her mouth as though rehearsed and part of the original script of the film. (Are they?) Poetically she launched into an attack of Nkandla – the movie's own version of Gotham City – and how the lead character, Zuma, knew nothing about its upgrades (with its cows and coops and fire pools). With one swift whip of the tongue and with typical villain disposition, she turned the original narrative of We have a story to tell into one of her own.

In her explosive improvisation, Mazibuko (in character) even went so far as to vow to table a motion to impeach Zuma (also in character … so many method actors, so little time) if he were found guilty of wrongdoing in the Nkandla saga. This whole debacle has tongues wagging. Not only has it added to the cast of the film, but also lent itself to revealing details about the movie's story line.

Edge of your seat stuff, this. And how will it all end? Movie critics have not jumped on this bandwagon yet, but they are sure to question Mazibuko's role and whether she will be killed off in dramatic cinematic fashion.

After all, villains who are just constantly in opposition never live to tell their tales, because they are always so busy trying to use the stories of others in their own favour. And few would sit through that movie for more than an hour, let alone a term.