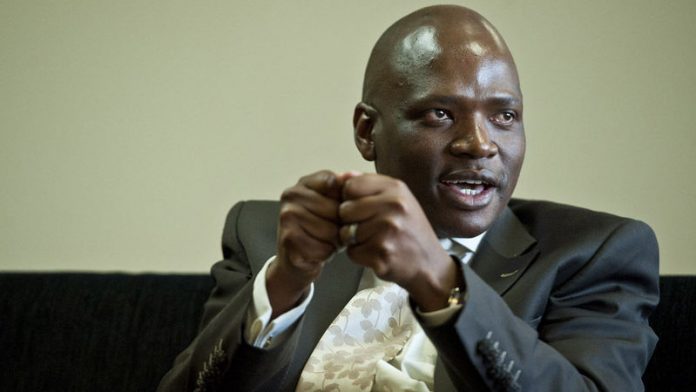 "He clearly acted fraudulently in misrepresenting his qualifications to the SABC when applying for employment, including stating that he has passed matric," the group said on Wednesday.

"We also call on the [communications] minister or the board to suspend Mr Motsoeneng pending disciplinary action and to fill the long vacant position of chief operations officer with a suitably qualified person urgently."

The group claimed the SABC's objectivity was in serious doubt following the public protector's report on Motsoeneng.

This came at a time when the national broadcaster had to relay information to voters in a non-partisan way in the run-up to the May 7 elections.

"It will only be through the speedy implementation of … remedial steps that a semblance of good governance and integrity at the SABC will be restored," it said.

Salary progression
On Monday, public protector Thuli Madonsela criticised Motsoeneng and the SABC board over his irregular appointment and salary progression at the public broadcaster.

"Her conduct amounts to abuse of power," Madonsela said.

She called on Carrim to establish why group chief executive officers at the SABC could not function, and left prematurely, causing financial and operational strains.

He "unilaterally" increased the salaries of various staff members and certain freelancers without following parts of the SABC personnel regulations, Madonsela said in the report.

Motsoeneng was also investigated for fraudulently misrepresenting his qualifications to the SABC, including claiming he had passed matric when he applied for employment.

Madonsela said allegations that Motsoeneng committed fraud by stating in his application form that he had completed matric at Metsimantsho High School in QwaQwa were substantiated.

She said it was worrying that Motsoeneng's file had disappeared at the SABC while he denied falsifying his qualifications.

In her report Madonsela recommends that the SABC board institute corrective action. – Sapa

The Nodal Review might transform South Africa’s biggest city. Implementing the new policy, which has the potential to open wealthy suburbs to impoverished residents, is the challenge
Read more
Politics

The ANC in the Western Cape has agreed, in principle, to discuss a move to call for the increase in the...
Read more
Politics