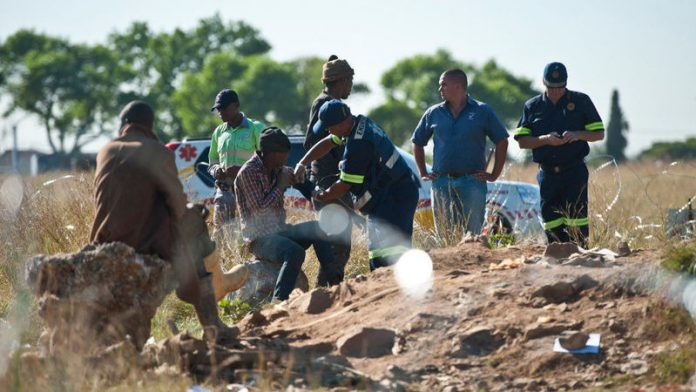 Twenty-two of the 25 people rescued from an abandoned mine in Benoni on the East Rand will appear in court on Wednesday, the Hawks said.

Captain Paul Ramaloko said 11 miners, who were meant to appear in the Benoni Magistrate's Court on Tuesday, would now appear with 11 others on Wednesday, facing charges of illegal mining.

He could not say why the court appearance on Tuesday was postponed.

National Prosecuting Authority spokesperson Nathi Mncube said earlier the accused were not brought to court, but also did not provide a reason.

In total, 25 people had emerged from the abandoned mine, Ekurhuleni emergency services spokesperson David Tshabalala said on Tuesday. It was unclear how many people remained underground.

Abandoning the mission
The miners were found on Sunday when Ekurhuleni Metro police on patrol heard screaming from the abandoned mine. Paramedics initially said there were 200 illegal miners trapped in the mine.

Rescue workers abandoned the mission that same night after the remaining men refused to be brought to the surface for fear of being arrested. Food and water was sent down to them. – Sapa

The market is the pillar of capitalist ideology, yet it is just another human institution invented and reinvented periodically across human history
Opinion