Life’s a Mitch for the Proteas 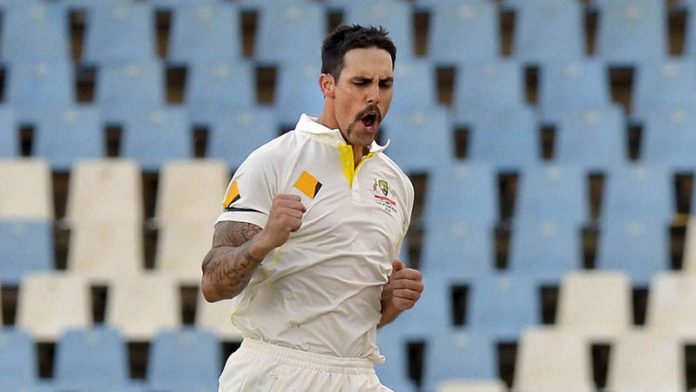 Fifteen years ago Dennis Lillee proclaimed Mitchell Johnson a "once-in-a-lifetime fast bowler". It would have been a big statement to make about any 17-year-old, but considering the young man in question was playing inconsequential club cricket, and didn't even own a pair of bowling boots, it was received with a mixture of humour and disdain.

Queensland Cricket were running a "Find a Fast Bowler" campaign around the state and Johnson arrived to try his luck one day at the travelling circus. Nobody recalls exactly what the speed gun recorded in the temporary net that day, but heads were quickly turned – partly because the scruffy youth was bowling in his father's second-hand golf shoes.

Another Australian legend, Rod Marsh, was about to select an under-19 squad to tour England from the National Academy, which he ran. Lillee called him moments after first encountering Johnson and urged him to include the left-arm paceman.

The journey from then to now has not always been easy or comfortable. Like so many kids, his confidence and self-esteem were affected by his parents' break-up and he struggled to overcome it. Ricky Ponting said he battled to understand how such a talented sportsman could have so little confidence.

"That's a true statement," Johnson admitted shortly before leaving for this tour. "I definitely lacked confidence. That was just how I was. I knew that I had ability but I just didn't trust myself. I am not worried by what people think any more. Before I was thinking about that a lot."

Public humiliation
He is shy and sensitive, so when England's Barmy Army started a series of typically ribald and salty chants following a few wayward spells, it became a very public humiliation rather than a harmless laugh. The ground stubbornly refused to swallow him during the Ashes series in England, which Australia lost 3-1, and a few months later, with injuries adding to his misery, he began disliking the game enough to consider quitting.

But the subsequent tour to South Africa proved to be his saving – because he was injured and returned home early: "I was craving something, almost hoping for an injury just so I could get away. You don't want to get injured but it was the best thing for me," Johnson said. "The time I had at home was brilliant. I focused on getting my toe right firstly and getting myself relaxed again. I had that drive again. Being written off helped; it was another motivation. It drove me to getting back to where I am now."

Some sportsmen are able to leave every aspect of their personal lives behind them when they step into the arena of competition. It becomes their "escape" from the realities of life. Johnson is the polar opposite. He is unable to compete anywhere near his best if he is unhappy off the field. One of the many reasons he has been so devastatingly successful in the past six months is the arrival of daughter Rubika in the last year. And the unquestioning support of his wife, Jess.

"I really enjoy going back and seeing my little girl. It is always going to put a smile on my face. Whatever I do on the field is not the end of the world. Jess [a martial arts expert] tells me ‘just go out there and have fun. If it doesn't work, it doesn't work. At least you know you have had a good career.' "

Lillee was Johnson's first hero and he has remained a constant part of his career. Apart from helping him to improve his fitness, Lillee lengthened the Johnson run-up and guided him towards a higher arm during delivery, which has made his bouncer even more venomous than it was before.

'Control the controllables'
Another contributing factor to his success is a newfound ability to remain calm when dealing with the trappings of fame and success – notably the media. Whereas before he would shun the spotlight and take criticism personally, he now genuinely understands the public's desire and need to know more about their sporting heroes and no longer resents the attention. A meeting with Australian VC war veteran Ben Robert-Smith put everything into perspective. Johnson's problems faded to nothing.

There is an old saying in cricket inspired by the prospect of rain: "Control the controllables and forget about the rest." You can't stop the rain, so stop worrying about it. The opposing team, on the other hand, fall into the "controllables". Or should do. Normally.

Johnson's near decapitation of Graeme Smith was a seismic moment at Centurion. The ripple effects down the order were clear to see. If the captain, a proven player of pace bowling, was made to "starfish" in mid-air by Johnson, what chance was there for the rest of them?

The Proteas have dug themselves out of many deep holes in recent years. The only difference between all the previous ones and being 1-0 down to Australia, here and now, is that they genuinely believed they could control their fate in every previous situation. And they did.

Johnson, however, as Lillee said, is a one-off. He is happy, content and motivated. If the Proteas top order can't handle 150+ km/h bouncers, could desperation lead them to trying a different tactic? Johnson admits he is a bad sledger and has been thrown off his game by verbal encounters against England in the past.

Could that be South Africa's answer in Port Elizabeth? Engage in a sledging war? It would represent an appalling risk.

Johnson, it appears, is not only an "uncontrollable" when in prime form, but also a bowler in control of his own emotions.

Skill and instinct were all the Proteas could rely on when the second Test began in Port Elizabeth on Thursday.