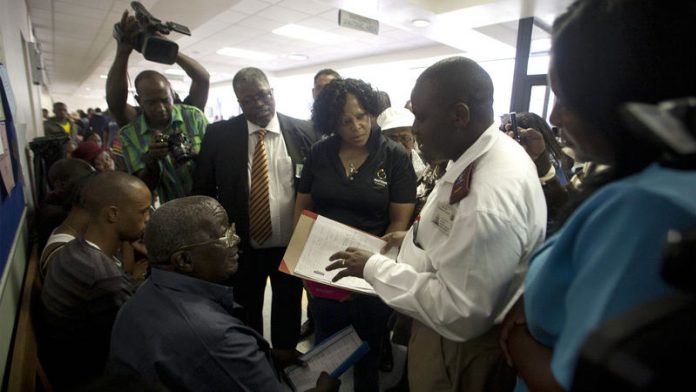 The life expectancy of people living in Gauteng has improved, Premier Nomvula Mokonyane said on Monday.

"Gauteng residents today are healthier and live longer than ever before," she said in her state of the province speech.

"As a result more access to health care has been achieved and the burden of disease effectively tackled." She said child mortality and Aids-related deaths had decreased dramatically.

Service providers were being paid on time after budget reforms were implemented, accruals had declined and debt recovery was more effective, she said.

"We increased the timeous payment of service providers from 30% in 2009 to 90% in 2013, helping to save many of our emerging entrepreneurs from financial ruin and build stronger relationship with service providers."

In the 2013/14 financial year, the infrastructure budget for health was adjusted to R1.5-billion. "And since 2009 we have cumulatively spent close to R8.5-billion on health infrastructure," she said.

Mokonyane said Natalspruit and Jabulani/Zola hospitals were at a commissioning stage. The new Zola Hospital was expected to be opened in April and the Natalspruit Hospital in July.

Various other hospitals in the province would be refurbished. "A total of 34 projects are targeted for refurbishment and rehabilitation, with an estimated budget of R477-million over a three-year period."

The premier said the roll-out of antiretroviral treatment had contributed to the increase in life expectancy.

Transport network
Transport infrastructure remained the key driver for inclusive growth and social integration in Gauteng, Mokonyane said. The roll-out of the Bus Rapid Transport System had made strides towards implementing a transport network in the province.

Mokonyane used the opportunity to thank users who had registered for the e-tag. "We also wish to thank over one million people who have registered for the e-tolls and bought their e-tags. It's the right thing to do," she said. If e-toll billing glitches continued, her office would make representations to the national transport department on behalf of Gauteng residents, she said.

The Gautrain and expansion of OR Tambo International Airport contributed towards the transport system, the tourism sector and economic activity.

Mokonyane said Gauteng had demonstrated a consistent upswing in matric results and an increased number in overall post-matric qualification. There were 1.7-million pupils in the 2 070 schools across the province.

Mokonyane said the province was dedicated to creating jobs for thousands of young people. With the Gauteng youth employment strategy, about 102 000 jobs had been created since 2009, she said.

Speaking about the recent service delivery protests in the province, Mokonyane said it had cost the province R65-million. To eradicate the bucket toilet system, the provincial government had a R60-million budget in place, she said. – Sapa

Sasria to get R3.9bn from Treasury to cover July unrest insurance claims

Teenagers between the ages of 12 and 17 will be able to register to receive their Covid-19 jab from 20 October. This group will be given only one dose of the Pfizer vaccine, for now
Environment