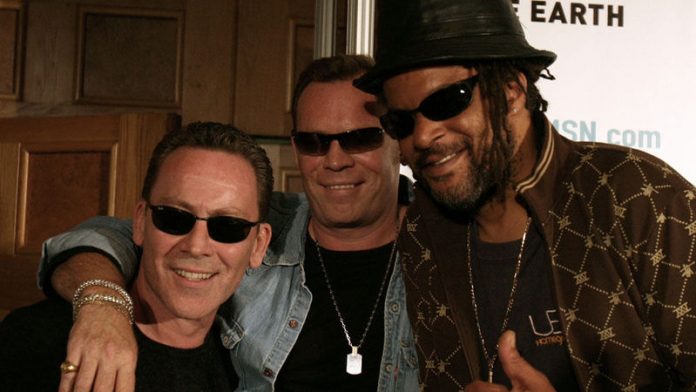 Despite a festival production company confirming a tour of three former UB40 members, five other former members of the reggae-pop band have criticised the show. This came following the announcement that three former members were set to perform in South Africa under the name "UB40".

Robin Campbell, Brian Travers, James Brown, Earl Falconer and Norman Hassan in a statement on Monday said: "We make this statement as a warning to all UB40 fans not to be fooled by this blatant attempt to mislead and manipulate them.

"We would like to make it known to all UB40 fans in South Africa that the current shows being advertised at several venues in South Africa as 'UB40 shows', are not genuine," read the statement.

Meanwhile, the former members of UB40 are disputing who has rights to the use of the name UB40.

The three former members, including former lead singer Ali Campbell and keyboard player Mickey Virtue, were reportedly booked to perform in South Africa on April 4 in Cape Town and April 5 in Johannesburg.

'Discredit his brothers'
The statement released by Big Concerts on behalf of the five former band members said: "Ali has repeatedly attempted to discredit his brothers and former bandmates, through the media and otherwise. However, this latest attempt to confuse and hoodwink UB40's fans is an act of desperation – assisted by Astro, Michael Virtue and the promoter 'Seed Experiences'."

They added that the three former members are fraudulently masquerading as UB40.

"While their actions are highly immoral, they are also illegal, and we are currently pursuing the matter through the law courts.

"We are presently in talks with our regular promoter, Attie Van Wyk of Big Concerts, who has brought us to South Africa before, and intend to tour there in the not too distant future."

Seed Experiences confirms SA tour
Responding to the five former band members' statement, festival organisers Seed Experiences, who put on shows such as Rocking the Daisies and We Are One Colour Festival SA, said: ?"Seed Experiences would like to confirm that they are aware of another band in the UK, made up of the other remaining members, that still performs under the name of UB40. This band performs without the legendary voice of Ali Campbell, Astro or Micky Virtue."

The agency also said it was aware of the name dispute between the bands, which it was leaving the artists to settle.

"This does not affect the South African tour going ahead as planned.

"In January 2014 these three members from the original band announced that they had reunited to perform live and to record new music under the name of UB40 and in the spirit of the original music. This is the tour that is coming to South Africa and is officially billed as UB40 as per the contract with their leading and reputable UK booking agent."