Relief at delay of carbon tax in 2014 budget 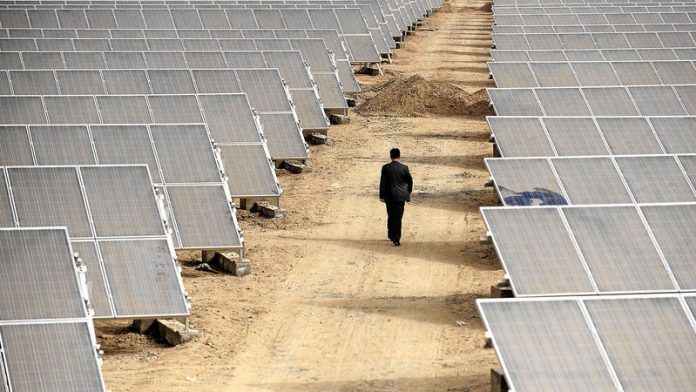 South African industries breathed a sigh of relief on Wednesday as treasury decided to delay the implementation of the proposed carbon tax to 2016.

According to the treasury, this was in order to align the design of the carbon tax to desired emissions reductions outcomes being developed by the department of environmental affairs. Following extensive public consultation on the proposed tax during 2013, a number of adjustments to the policy proposal would also be made, the treasury said in its 2014 Budget Review.

Experts welcomed the move as the delay will allow government to link the tax mechanism to climate change mitigation efforts, addressing criticisms that it would be little more than a revenue generating tool. They noted however that specific benchmarks still had to be established for local economic sectors, before emission reductions targets could be determined.

The proposed tax has been a subject of some debate, given the impact it could have on South Africa's industrial competitiveness and on households. The local economy is energy intensive, while Eskom is the monopoly electricity supplier and generates power chiefly from coal fired plants. The effect of the tax on electricity prices and the extent to which Eskom would pass on the cost to consumers is a major concern.

But the treasury stated in the budget review that included in the proposed adjustments will be a reduction in Eskom's tax liability, with a credit for the renewable energy premium, limiting the potential effect of the tax on electricity prices.

Late last year an updated draft of the country's electricity road map the Integrated Resource Plan (IRP) was released for public comment. The updated IRP includes a built-in renewable energy tariff premium, according to Cecil Morden, chief director for Economic Tax Analysis at treasury: "If we can quantify that we'll be able to deduct this from Eskom's tax liability," he explained.

In the budget review treasury said that when the tax is implemented it will also reduce the current levy on electricity (of 3c/kilowatt hour) at the same time, with the net tax burden "being low in the first five years of implementation, rising slowly thereafter and more steeply after 10 years".

Solar water geysers
Other adjustments included proposals to allow firms to use carbon offsets to reduce their carbon tax liability by between 5% and 10% of actual emissions, which will be outlined in a soon to be published carbon offsets policy paper; and providing subsidies to install solar water geysers and improve public transport to try and minimise the effect on households. In a bid to address concerns about international competitiveness a formula to adjust the basic percentage tax-free threshold would be introduced to reward over performance.

Barry Drotsche, manager at financial advisory firm Deloitte, welcomed the efforts to link the tax mechanism to the desired emissions reduction outcomes, as well as reductions to Eskom's tax liability as a means to reduce the impacts on consumers.

Households would have been particularly affected given that Eskom was the dominant supplier of electricity, and they have little alternatives to reduce reliance on the utility, noted Drotsche.

In addition the extensive work of determining benchmarks for emissions at sector level still had to be completed before desired emission reductions could be established, he pointed out.

The proposal to use some of the revenue generated from the carbon tax to fund the existing energy-efficiency tax incentive was also positive, said Drotsche. He explained that as it stood the incentive, under Section 12L of the Income Tax Act which began operating in November 2013, only benefited energy intensive users. The costs incurred by smaller users like households to invest in energy efficiency far outweighed the tax rebate, he noted.

This was to help "ensure that the mining sector makes a fair contribution to continuing acid mine drainage expenses," treasury said in the review. Consultations would be held on what the best instrument would be.

According to Morden, a number of options are being considered. These could include financing the cost of AMD impacts through the overall water price. In addition measures could include a charge for mines. The department of water affairs had in the past considered a penalty for companies that polluted water resources above a certain threshold. Treasury was hoping to revive these discussions and explore linking a penalty for AMD to this mechanism.

There was also the possibility that a levy to deal with AMD could be linked to the mineral tax regime, which is currently being reviewed through the tax committee headed by Judge Dennis Davis.

Alex Gwala, mining tax specialist at Deloitte, did however not foresee the introduction of the levy for some time. He said it could potentially be linked to the tonnage mined by companies but he did not expect it to be a significant amount, given the impact it would have on mines' operating costs.

South Africa to get another commission, this one to tackle the climate crisis

Carbon tax gets a muted welcome