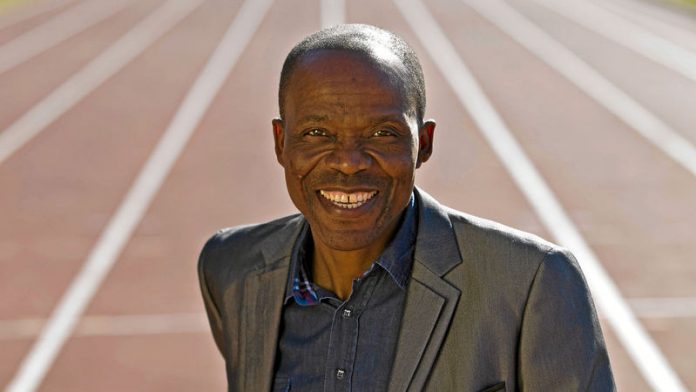 The past few years have been messy for Athletics South Africa (ASA). In 2011 its then-president Leonard Cheune and his vice-president Kakata Maponyane were found guilty of financial impropriety by the South African Sports Confederation and Olympic Committee (Sascoc).

Cheune was banned from involvement in any sport under Sascoc's jurisdiction for a period of seven years and Maponyane was given a five-year ban.

When James Evans was voted in as Cheune's replacement in July the same year, he told the media that his first port of call was to organise the structures within the embattled ­federation so that athletics in the country could flourish.

But it was not to be.

A power struggle between Evans and former vice-president Hendrick Ramaala led to Sascoc placing ASA under the administration of lawyer Zola Majavu in April last year, before suspending the body as a whole in spite of the International Association of Athletics Federations (IAAF) supporting Evans's leadership.

Hopes for a fresh era
When 15 provincial structures unanimously voted to remove Evans and elect a seven-member interim board (under the leadership of KZN Athletics president Sello Mokoena) to steady the ship in November, many hoped that the ship would turn, that this would signal the start of a fresh era for a once-thriving sport that had lost its shine because of its much-publicised administrative mishaps.

The IAAF made it clear that it did not recognise a committee that was formed without its approval, once again throwing the fate of South African athletes into uncertainty.

On the one hand, confusion reigned as journalists received unsigned press releases from "ASA Media" sent from a gmail account, emphasising that the interim board could not enter athletes for IAAF events.

On the other hand, circulars signed by Mokoena from an official ASA email address indicated that a team would be sent to the 2014 IAAF World Indoor Championships.

In the end, it was left to the IAAF to break the deadlock.

Visit from the top
Last week, Cheikh Thiare, director of the executive office of the body's president, visited the country and met representatives of the interim board, as well as Evans in a separate meeting.

"I was extremely impressed by Thiare's handling of his meeting with ASA members at Sascoc House last Saturday afternoon," said Richard Mayer, an athletics coach and chairman of the Lydiard Athletics Club, who observed some of the proceedings.

"He displayed the gravitas, diplomacy and finesse required to break the deadlock."

Thiare's visit culminated in the formation of an ad-hoc committee comprising five to seven members (none of whom will be allowed to run in future elections), which has been given a three-month window in which to stabilise ASA and set up new general elections.

But Mayer said it was disappointing that athletics could not find the mechanisms and solutions from within to resolve the situation ­internally. "The Federation ­resembled squabbling children who could not solve their problems without parental intervention," he said.

Fissures
Mokoena disagreed. "Yes, South Africans could have arrived at the same solution by themselves," he said. "[But] with such a huge fissure between the parties … and with one party hanging on only to the IAAF for a solution, no, it is not an indictment to ask and allow the parent body to hold our hands towards a lasting solution."

While the sport can only go forward from here, a complete paradigm shift is needed.

"A post-adolescent, optimally effective ASA board needs a paradigm shift based on experience and skills in keys areas such as corporate governance, entrepreneurship and financial management. It is imperative that new faces present themselves because, with a few exceptions, the members of previous ASA boards lacked these skills."

Evans was cautiously optimistic. "One would hope [that this signals the start of a new chapter]. The last 12 to 18 months have been filled with individuals trying to destroy the sport to push their own agendas," he said.

"There is a fear that those same people have not understood the process and are claiming victories and trying to manipulate the situation."

"Lessons have been learned over the past 10 years. Council needs to focus on team leadership rather than individuals. We need to stay clear of people who are not team players and thrive on divisive actions rather than unity of purpose. ASA needs leadership that understands the value of vision."

"This should signal the future of our sport. However, it is going to take immense leadership and vision to take athletics into the future," she said.

"For our sport to survive and prosper in the future, we need to bring in a professionally run business side to the sport, while making sure of course that the administration of the sport is well run and governed. And this cannot simply be left to traditional sport administrators to manage. And it most certainly cannot be managed within the current structure of the board and constitution."

Sporting vision
Du Plessis added that it was important to understand what was required for a sport to compete within a new sporting environment.

"We need a vision and a plan for our sport," she said. "And a complete overhaul of the constitution, a restructure of the board, including the addition of independent members, a restructure of the administrative office of ASA including the appointment of a CEO – and clear description that the governance structure should feature a clear separation of powers and responsibilities between the board and the chief executive officer and staff.

"We also need an overhaul of the provincial structures, investment in, recognition of and reward for hard-working athletes, coaches and administrators and, lastly, transparent, competent and experienced team selectors."

When contacted for comment about the outcome of Chiare's visit, Sascoc communications officer Jessica Choga told the Mail & Guardian to refer its inquiry to the ASA.