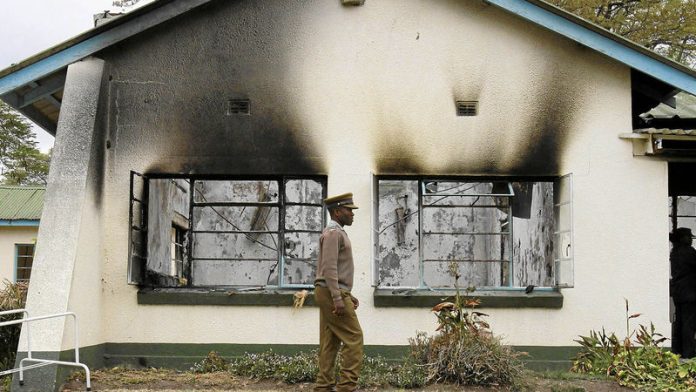 The late General Solomon Mujuru's business empire appears to be in trouble.

Four companies in which Mujuru had major interests have fallen on hard times.

Mujuru died under suspicious circumstances in an inferno at his house in 2011. His estate, estimated by local media to run into millions, has yet to be settled.

The late Zanu-PF politburo member was a farmer and notable businessman, whose interests expanded into many sectors of the economy.

Mujuru was survived by his wife, Vice-President Joice Mujuru.

The mine he was ­heavily invested in, River Ranch, is one of the businesses going through turbulence.

No clear picture of the future of the mine
Two weeks ago, Walter Chidhakwa, the minister of mines and mining development, told Parliament that River Ranch's ­management had told him it was trying its best to bring the mine back into operation. Chidhakwa did not say when the mine had closed.

"However, I also heard that they may be selling. Therefore, we may not get a clear picture of the future of the mine, but I will continue to speak to them and try to encourage them," said Chidhakwa.

"If they want to sell, let them sell to someone so that the activities can be restored. If they want to maintain it, they should do so, so that we can have production that is badly needed by this country. At this point, that is all I can say."

The minister said that, according to his information, the mine was also failing to pay its workers' full salaries.

Chidhakwa said the firm was exploring the possibility of taking up an $11-million credit line offered by Indian investors who wanted to partner with it.

Another company in which the late general had shares, the Zimbabwe Stock Exchange-listed Willdale, which manufactures bricks and clay products, is said by the Central African Stock Exchanges Bulletin to be in need of $8-million to return it to viability.

Workers face retrenchment
In early February, the Zimbabwe Mining and Alloy Smelting Company, the chrome miner and smelter in which Mujuru also had shares, announced that it was going to retrench half of its 3 000 workers.

The firm's workers were forced to take pay cuts last year, after the company said it was negatively affected by falling world market prices.

The company has been placed under judicial management, and may face liquidation after the ferrochrome producer's incurred an unsustainable debt.

Mujuru's estate has yet to be ­registered with the high court.