Modise: Strides have been made 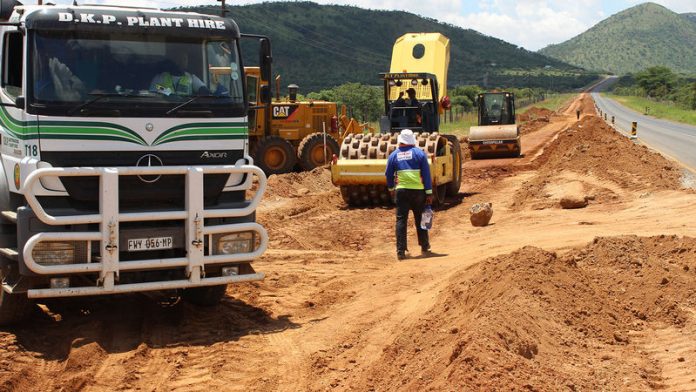 With North West premier Thandi Modise expected to stand down following the May elections, she used her State of the Province address to present a report-card of her tenure.

She took up the position in 2010, promising to turn around an administration wracked by corruption and inefficiencies.

In this time the province has made steady progress, as highlighted in her address that touched broadly on gains made in education, health, economic development, infrastructure and service delivery.

Education
“We accept that our education system is less than perfect, but we have proven that attention to details, relationships, conditions of teaching and learning can help us deliver better to our province,” she said. “Our system continues to surge forward in a way that gives us hope that the education of our children is in good hands, hearts and minds.”

Achievements she noted include the increase in the matric pass rate from 50% in 1997 to 87.2% last year, as well as a significant improvement in the province’s Annual National Assessment for grades 3, 6 and 9.

This is on the back of concerted efforts to improve access and facilities for the youngest learners, with the training of grade R teachers taking precedence.

This has proved to be crucial as the number of grade R learners in public schools almost doubled from 24 926 to 47 761 in the past five years.

The number of schools catering to this entry level had also grown from 743 to 918. The focus on the youngest of the young is also evident in the provincial government funding 1 351 of the 1 447 early childhood development centres, creating 12 469 jobs in the process.

Other achievements include increasing the subsidy per child from R12 to R15 per day as well as extending the no-fee programme to 1 402 schools that benefit 674 752 learners.

Higher up the education chain, the province has invested more than R15-million in providing multimedia resources to an additional 100 schools, bringing the total to 500 secondary schools that have better mathematics and sciences facilities.

Learners with special needs have also been accommodated through the conversion of 18 ordinary schools to full service schools since 2009, now providing specialist education at 70 of these full-service schools.

Health
Two of the key markers the premier highlighted in the provision of health services are the increase in overall life expectancy from 56.5 years in 2009 to 60.0 years in 2011 and a drop in the under-5 mortality rate from 56 deaths per 1 000 live births to 42 in the same period.

This has been achieved by investing in resources and infrastructure, with the number of caregivers growing to 6 439 last year from 5 330 in 2009.

More than R1.2-billion has been invested in hospital revitalisation projects at Moses Kotane, Joe Morolong Memorial (Vryburg), Swartruggens and Brits hospitals, while R482-million is being spent on the Bophelong Psychiatric Hospital that is under construction in Mahikeng.

This excludes the 17 clinics and seven community health centres established since 2009 and the 10 primary health care facilities that have been upgraded over the past three years.

Essential emergency responses capabilities have also been boosted by increasing the number of medical rescue vehicles from 40 by an additional 130.

Economy
Modise highlighted the progress made in supporting 1 144 small and medium enterprises, 81 cooperatives, 40 municipal economic development projects and 28 capacity-building and interventions over the past five years.

“We had created a total of 38 754 jobs as at December 31 2013 in the tourism, agro processing, manufacturing, green economy, retail, service and social economy sectors which is inclusive of youth, women and people with disabilities activities,” she said.

The potential in this sector is being unlocked by investment in new ventures, with 15 new tourist products created over the past five years to boost tourism investment to an estimated R10-billion.

The Mafikeng Hotel School is a key incubator of talent to feed into the growing tourism sector, with the premier stating that student enrolment has been steadily growing.

This had attracted industry participation, she said, with organisations such as Anglo American, the Peermont Group and the national department of tourism sponsoring students to the value of R1.8-million.

Infrastructure
The state of the province’s infrastructure has been one area that has received particular attention and remains an ongoing focus for the provincial government.

Modise said that infrastructure is recognised a key driver of job creation and poverty eradication, the community works programme creating an estimated 41 659 work opportunities in this financial year.

Numerous public works infrastructure projects have been undertaken in the past five years as part of the province’s upgrading and improvement strategy.

“No less than 1 500 people were employed on roads projects that also engaged the services of numerous local subcontractors during the current financial year,” said Modise.

“This grass roots level engagement with communities and local businesses where projects are being implemented provides much needed economic opportunities to our people.

“Seven projects which will contribute to the ongoing improvements in service delivery in the roads sector across the province during the 2014/15 financial year are at procurement stage.”

She also noted that the handover of road construction projects to Sanral had realised savings of over R1-billion, allowing the province to focus on priority road projects and improve the quality of roads delivered.

The extent of the basic service infrastructure challenges can gauged by the sanitation backlog of 312 022 units, for which R150-million has been set aside through the Premier Legacy Project.

Modise reported that this backlog has been reduced by providing 12 314 sanitation facilities across the four district municipalities.

Other measures to address the lack of infrastructure include distributing 2 500 rain water tanks to areas with less than average rainfall, while 56 boreholes are being drilled and will be ready by the end of the 2013/14 financial year.

A strategic partnership has been established with the national departments of water affairs and human settlements to address the critical supply of water and sanitations services to a number of municipalities.

This will provide for work valued at R2-billion to accelerate the provision of clean water and sanitation. More than 73 000 households have benefited from the province’s human settlements programme since 2009/10 financial year, Modise said.

On the matter of the service delivery protests, Modise acknowledged that the discontent stemmed from poor performance, the quality of leadership provided and “opportunism from those who hijack genuine community concerns” to advance their own agendas.

“Each department and municipality should be able to demonstrate the measures it took to address community concerns and frustrations before they take the forms of protests.

“It is my considered opinion that where proper and objective planning, implementation and requisite follow-ups are made, people become partners with their government to improve their own lives,” she said.

This article forms part of the supplement paid for by the North West office of the Premier. Contents and photographs were supplied and signed off by the ofiice

The legislature will suspend its business indefinitely from Wednesday, after a final sitting to pass two pieces of critical legislation to keep the wheels of government turning
Read more
Politics