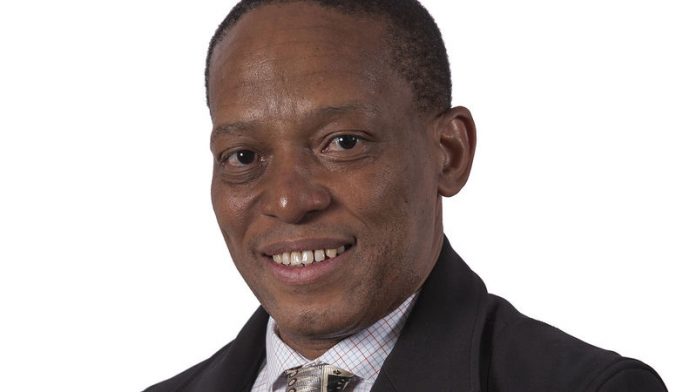 One only needs to look at where South Africa sources its water from to realise that there are significant challenges in supplying the citizens of the country with clean and fresh water on a daily basis.

According to Percy Sechemane, chief executive of Rand Water, the country is not blessed with a lot of water and is currently ranked the 30th driest in the world.

“It is clear that water is something we need to keep a close focus on. As an organisation, Rand Water is able to step in and assist municipalities who are dealing with water issues.

“However, when things are going well, the municipalities are managing just fine. This also sees the larger municipalities attracting the right people while rural communities struggle to get resources in place.

“Irrespective of where they live, people need water, but there are many socioeconomic issues that need to be addressed,” he says.

It is not only in terms of drinking water that there is a desperate need for management, but sanitation also forms a vital component of this.

Developing the sector
This has led to Rand Water establishing its academy that sees graduates spending 18 months in the classroom and 18 months in the field to provide them with the right mix of theoretical and practical experience.

“An important thing is to get people from rural communities to go back and help there. We want to empower them so they can uplift their communities, but this is not something we are limiting to Rand Water only.

“We are also engaged with other water boards in South Africa to provide them with the necessary assistance to get the sector up and running effectively.”

A study by the department of water affairs show that R670-billion is required to effectively look at the infrastructure requirements of the sector.

This, says Sechemane, will be enough to provide people with access to water and also evaluate the current infrastructure to get the country where it needs to be. Such is the role played by Rand Water, he says, that the department has looked at the organisation to implement a plan to ensure the country has the necessary skills in place.

“People do not understand that water management is not just a case of opening a tap. There are many nuances involved and many sectoral challenges that need to be addressed. However, we all need to become much better at communicating those challenges.”

The academy is one way that Rand Water is providing assistance. But more is needed.

“All the stakeholders need to look at the sector in its entirety and engage with one another and talk about the issues faced. There are significant challenges to overcome when it comes to resources such as getting the right skills in place, having access to funds and benchmarking ourselves against the best in the world.”

At the moment, Rand Water has agreements in place with several global institutions including the United Nations Educational, Scientific, and Cultural Organisation, which sees the Academy students spending time abroad and getting truly international experience to come and apply in their communities.

“Looking at the performance of Rand Water over the past several years, I am very satisfied with what we have been able to accomplish.

“The organisation has been able to provide assistance to not only municipalities in Gauteng, but also expanded to cover areas of Limpopo and Polokwane. However, we have to go out continually and keep engaging on many different levels.

“It is incumbent on us as we have the capacity and experience to do more than what is expected of us. When there are issues, Rand Water has to operate as effectively as possible and provide assistance to help people on a national level.”

Rand Water is the largest bulk water utility in Africa and is one of the largest in the world, providing bulk potable water to more than 11-million people in Gauteng, parts of Mpumalanga, the Free State, and North West — an area that stretches for more than 18 000km2.

It draws water from its catchments and purifies it for human consumption. The water is then supplied and sold to metropolitan municipalities, local municipalities, mines and industries.

The municipalities, in turn, supply the water at a cost to consumers. On average, Rand Water supplies 3 653-million litres of water to these customers on a daily basis.

Since 1974, the Tugela-Vaal scheme has fed water into the Vaal River to supplement that supply.

This is done by inter-basin transfer of water from the Tugela River in KwaZulu-Natal, which means that water is released into the Vaal River system from the Sterkfontein Dam through the Nuwejaar Spruit and the Wilge River.

The availability of water from the Tugela-Vaal system made it possible for Rand Water to maintain restricted, but adequate water supplies to consumers during major droughts, such as those experienced from 1983 to 1987 and in 1995.

As early as 1954, the Natural Resources Development Council proposed the idea that water might be obtained from Lesotho to augment the water of the Vaal River.

Negotiations between the governments of South Africa and Lesotho started towards the end of the 1970s.

Representatives of Lesotho, the European Union, the UN and the World Bank formally signed a treaty for the development of the project on October 24 1987 at an estimated cost of R5.5-billion.

In 1997, this figure was increased to R9.1-billion for the first phase of the project only.

The scheme was to be constructed in three phases and would include several major dams, Senqu in Lesotho, Ash River in the Free State, Wilge River and ultimately the Vaal Dam.

In the first phase, the Katse Dam and the Mohale Dam, together with a series of tunnels, were constructed in the highlands of Lesotho.

This phase was completed in 1998 and is designed to meet the demand for water in Gauteng up to 2020.

It now transfers water to the Vaal Dam and comprises six dams and three pumping stations.

It diverts the flow of the Orange River via tunnels through the Maluti Mountains, channelling the water to the eastern Free State, and then on to the Vaal Dam.

South Africa has to pay R150-million annually to Lesotho, whether the water is used or not, to augment the Vaal Dam water.

This article forms part of the supplement that has been paid for by Rand Water. Contents and photographs were supplied and signed off by Rand Water

The chickens have finally come home to roost: if we do not end the looting, it will end us
Read more
Environment