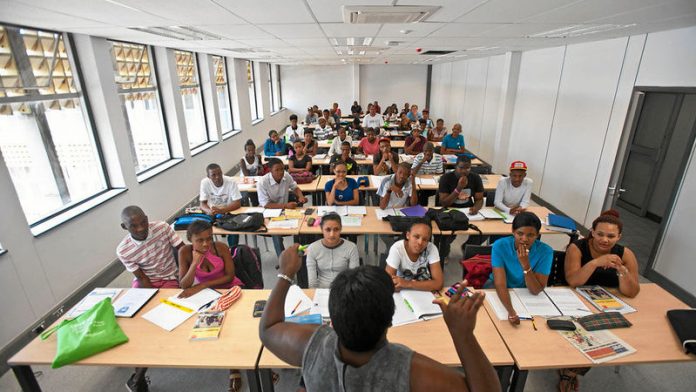 Against a backdrop of scepticism about the viability of a university in the sparsely populated Northern Cape, students and staff at the brand-new Sol Plaatje University in Kimberley this week said that it is an essential local option for school-leavers who cannot pursue a degree elsewhere because of financial constraints.

"Before there was this university, lots of people didn't study for degrees because it was too far to get to other universities," first-year information technology student Totong Poloko told the Mail & Guardian.

The Council on Higher Education, whose statutory function is to advise the minister, argued in 2011 against establishing a university in the province. The following year, Minister of Higher Education and Training Blade Nzimande fielded a question in Parliament about the financial viability of a new university in the Northern Cape and why he had ignored the council's advice.

The council "had not considered the possibility of a substantial university in the Northern Cape with unique flagship programmes that would attract students from across the country as part of an integrated national university sector," Nzimande replied. It "therefore considered the new institution from a narrow provincial perspective".

In the same month, September 2012, University of the Free State rector Jonathan Jansen observed that Nzimande was proceeding with his plans "despite advice from the Council on Higher Education that this was a bad idea — for reasons of numbers alone".

The Northern Cape has a population of about 1.1-million, according to Statistics SA — a quarter of Mpumalanga's four million, where the country's other new university opened its doors last week.

Yunus Ballim, Sol Plaatje University's interim head, said there was definitely a need for a university "because we have seen that a major barrier for learning [for school-leavers] is finding a place at a university".

"There just are not enough places at the existing universities … We hope to have 7 000 students here in the next 10 years."

A feasibility study the higher education department had commissioned found that the university should be a "smaller one … like Rhodes University" and should not try to "offer everything", Ballim said.

The university offers diplomas in information technology and retail management, and a bachelor's degree in education. It aims to introduce specific courses relevant to the needs of the province, such as alternative energy and "something like how to manage agriculture in a water-stressed region".

The department has spent R75-million getting the university up and running and Ballim said it had allocated R7-billion to be spent on the facility over the next 10 years.

Bachelor of education student Modisakgotla Peterson said it would have cost him R190 to get from his home town of Kuruman to the University of the Free State, but it costs only R90 to get to Kimberley.

Gawie du Toit, head of the university's academic programme, said that if sceptics had met the first intake of 125 students, who arrived to start lectures on Monday last week, they might change their minds.

"I totally disagree with the critics … If you meet these students you will see they are so keen to learn and they probably wouldn't have gone to other universities because they are so far away and it's expensive to get there."

The education campus is less than a kilometre from the main campus in the heart of the city. The university took over parts of the building of the National Institute for Higher Education for its main campus.

"This thing only got started at the end of last year and contractors are working 24/7 to get everything ready," said Du Toit. But lectures were fully under way on Tuesday, with lecturers and students making do with the equipment they have.

In three years' time, the other institutions using the premises, including the provincial health department, will have moved out. For now, the wood-panelled, dusty-green offices these institutions occupy meet bright, modern university offices.

"As the second appointment … after Ballim, I've moved office five times already," Du Toit said. "But that's what happens when you start a new university." On Wednesday he moved yet again, but this time to the education campus, which was established at the old William Pescod School.

Du Toit talked fast and excitedly about the renovations, which will give the students access to facilities of a standard that "many of them, I'm sure, have never seen before".

"Have you ever been into a biology lab like this before?" he said, opening the door of a brightly lit room with equipment for "wet experiments" and computer desks for "experiments online".

Over the next decade the university will grow around these two campuses and, if Ballim's plan is successful, be connected by a bicycle path in what he and Du Toit hope will become a "hub of culture around the university". They want to fix up the gardens as a place for students to put on shows and events.

Du Toit said Kimberley seemed to be a place that young people eventually leave. "So we want to retain those young people … and even attract young people from other provinces." And "Kimberley's intelligentsia" too, said Ballim.

Bringing them back and attracting others, such as the nine permanent academic staff the university has so far appointed — five of whom have PhDs — would help to build a much-needed "intellectual core", said Du Toit.

"A university provides a platform for the public to reflect on and debate issues faced by our society like racism, feminism, crime, poverty. The Northern Cape didn't have that before," he said.

Retail management student Masego Solomon said it had already "given us something to think about, like what's going on in the world around us … It's changed everything."

"The estimated increase in local buying power will obviously be good for business. There will also be a huge cost benefit for local companies being able to recruit graduates from Kimberley and not other provinces — and also if companies, like those in mining, can send their employees for training right here at the university and not in other provinces."