Student funding: A spanner in the works 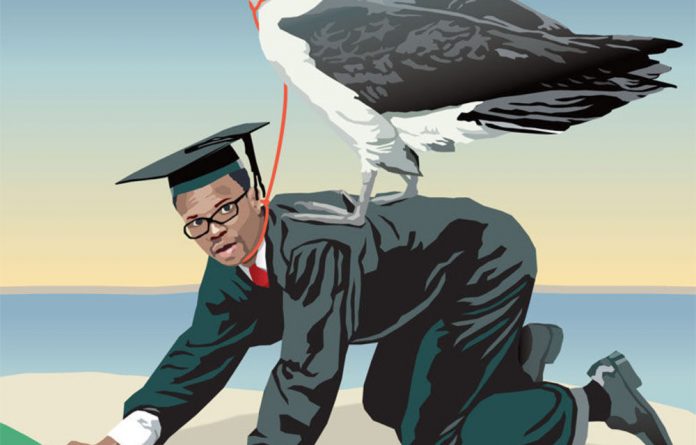 There is a general support for the minister's laudable intentions, but one needs to raise the challenges that the current funding model continues to pose. This is especially so both for previously disadvantaged universities and those institutions that are not so designated but have, since 2004, drawn their students largely from disadvantaged contexts such as the rural villages of Limpopo, KwaZulu-Natal, Eastern Cape and the Northern Cape.

Despite generous funding from the higher education and training department, their students continue to suffer the brunt of the apartheid legacy that includes infrastructural inadequacies, few academic staff with PhDs and a lack of sound research track records. This is by no means the fault of these institutions, and there are signs of improvement, but certainly, for as long as the current funding model remains in place, the deep-rooted apartheid legacy will take a few more decades to eradicate.

Roughly speaking — because the figures vary among universities — the funding model breaks down as:

• The general block grant (that is, subsidy) from government amounts to about 60% of a university's total budget;

• Third-stream income, derived from sponsors and strictly earmarked only for specific projects: about 10%; and

• Fourth-stream income, generated by research publications (this varies so greatly among universities that it is not possible to give a percentage here).

This funding does not fully sustain all universities because the number of students who owe institutions vast amounts of money has kept increasing exponentially. Even though universities have student debt-reduction strategies, the problem remains an albatross around the necks of many institutions.

On the one hand, management must ensure financial sustainability. But, on the other hand, student leadership often puts pressure on management not to implement financial exclusions and so deny them access to higher education. In some institutions where I have had the honour to serve, I have led the consultations with student leaders on fees, and after long hours, even weeks, of engagement, we have been able to reach agreement. But what works at one institution may not necessarily work at another, and each management team needs to forge its own style of student consultation.

Making education free
It is true that the government's National Student Financial Aid Scheme (NSFAS) provides some financial breathing space — and almost all vice-chancellors brighten up when many of their applicants qualify for this funding. But the recent student protest action countrywide about the inadequacy of NSFAS funding, which hit the higher education sector with a storm, suggests the only plausible way forward is to make education free from primary school to the completion of a first undergraduate degree at a university.

The increase in the NSFAS allocation from R3.8-billion in 2009 to R9-billion in 2014 is good news both for students and universities. From a management's perspective, one can only encourage students now to put their efforts into achieving their dreams as it is only through education and training that the shackles of the monstrosity of apartheid can be totally eradicated.

The additional R1-billion to NSFAS for the 2014 academic year also speaks to the government's commitment to "access" to education. Students are advised therefore not to turn "access" into "abscess": that is, any actions that drive students away from classes negate the very principle of opening the doors of learning to all.

Yet there remains a perennial problem for universities of technology and to some extent to "comprehensive" universities as well (that is, those resulting from mergers between technikons and traditional universities). This is that NSFAS does not pay for the BTech degree — technically a first (or "junior") degree, but NSFAS argues that it is a second qualification because it is obtained after the successful completion of a four-year national diploma.

This really is a jigsaw puzzle. For instance, if a student with a national diploma enrols for a junior degree at a traditional university, and applies for NSFAS funding while meeting all other criteria for an award, would he or she be turned down on the basis that he or she already has a first qualification? This is a question that, hopefully, NSFAS will clarify.

To assist the needy but academically deserving students, universities do fund the BTech students from their council monies, which only further stretches limited resources. One recent example was when the Central University of Technology paid R24-million for its NSFAS students, and had to hope NSFAS would reimburse it.

A substantial drop
It is also well known that the government subsidy, although much appreciated, has substantially dropped in actual rand value over the years, so that universities have to consider other alternatives for their financial sustainability.

In its stress on vocational training, the white paper must be welcomed. Its stress on the importance of the education offered in the institutions now renamed as technical vocational education and training (TVET) colleges is a step in the right direction. For years now, the perception has been that this type of education was for the "not-so-bright" students because it is more practical than academic and, therefore, not intellectually stimulating — a view also sometimes held with regard to technikon education.

This unfortunate perception has for years denied especially black people the opportunities of venturing into small, medium and micro enterprises that TVET affords. Many learned black people themselves impressed upon their children that they needed a university education if they want to be counted among the "who's who in the zoo" of South African intellectuals. I must confess that I was a victim of such a perception, and it is only with the passage of time that I have come to realise that the perception was baseless.

That students at TVET colleges also now receive NSFAS support is certainly welcome. As the white paper stresses, the country indeed needs people trained as professionals in bricklaying, motor mechanics, electricity, plumbing and welding, among others. Looking at the number of companies specialising in these trades, it is apparent that the scales in this scheme of things tend to favour white-owned companies, with a few black-owned companies emerging only in recent years.

Policy analysis
Because the white paper is a profound policy document, and I would urge the sector to encourage postgraduate students to develop a passion and a penchant for policy analysis: such debates will help to develop a citizenry that is well informed of the government's intervention strategies for a better post-school education for all. In this way, universities can play a pedagogical, informative and instructive role in society.

Finally, it is important to note that the white paper laudably draws on a wide range of policy documents, in particular the National Development Plan, the New Growth Path, the Industrial Policy Action Plan and the draft Human Resource Development Strategy for South Africa. These policy documents make good reading for a better foundational understanding of the white paper.

Although the road ahead may be fraught with steep challenges, turns and twists, it cannot be doubted that the white paper on post-school education and training seeks to create a new pathway for the current and future generations, for an education system that will provide greater opportunities and possibilities for all.

"It will assist us to build a nonracial, nonsexist and prosperous South Africa characterised by progressive narrowing of the gap between the rich and the poor," as Nzimande puts it in the preface. "Access to quality post-school education is a major driver in fighting poverty and inequality in any society."

Professor Gordon N Zide is the deputy vice-chancellor for operations and resources at the Vaal University of Technology. He writes here in his personal capacity.