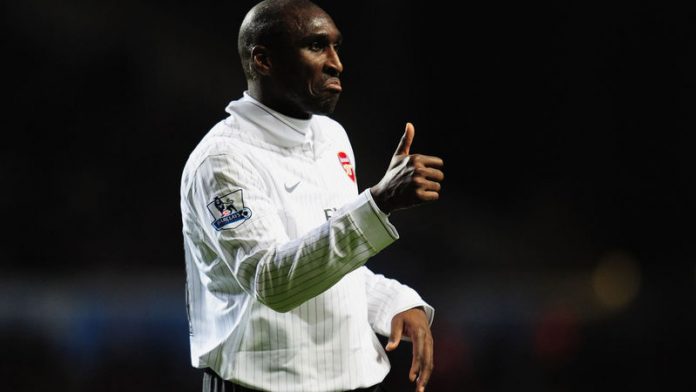 Former England manager Sven-Goran Eriksson has denied Sol Campbell's claim he would have been captain of the national side "for more than 10 years" had he been white.

Campbell, one of the leading black English footballers of his generation, made the controversial allegations in a new biography, extracts of which were serialised in Britain's Sunday Times last weekend.

The 39-year-old former Tottenham Hotspur and Arsenal defender said: "I believe if I was white, I would have been England captain for more than 10 years – it's as simple as that.

"I think the FA [England's governing Football Association] wished I was white. I had the credibility, performance-wise to be captain," added Campbell, who led his country on three occasions.

Not a chance – Eriksson
"Not a chance – during my years, not a chance," the Swede manager told Britain's Daily Telegraph in an interview published on Monday.

"As you know, from my first to my last game, I had David Beckham [as captain] and there were never, ever any discussions at all in the team or in the FA about the captain."

Former England striker Ian Wright, like Campbell a prominent black English footballer, also contested his former international team-mate's assertion, insisting there were better candidates to lead the national side at the time.

"I think he's got the credentials to be captain, but to be captain for 10 years? I'm not sure when you see some of the players that were around then," Arsenal great Wright, who played alongside Campbell for England in the late 1990s, told BBC Radio Five.

'There were better candidates'
"I want a captain that goes in and gets you going. Sol has never had the demeanour where he is aggressive on the pitch and put people in their place … People say David Beckham wasn't like that, but he only had to raise his eyebrows to put someone in their place. Maybe Sol could have grown into it but it's down to the manager who he wants … Sol was more than good enough to be a captain but I personally believe there were better candidates at the time," said Eriksson.

Sunday saw former FA executive director David Davies, at the organisation when Campbell was a player deny English football chiefs applied any kind of pressure on managers over the choice of national captain.

"I am surprised by this because the reality is that in my time the managers selected the captain," Davies told BBC Radio Five. "I never – and to my knowledge nobody else in the FA – ever sought to influence them … My belief is [the allegations] are wrong."

So far the current FA hierarchy have made no public response to Campbell's remarks and British media reports said it was understood they had no plans to comment. – AFP