Thousands displaced after unrest in Darfur 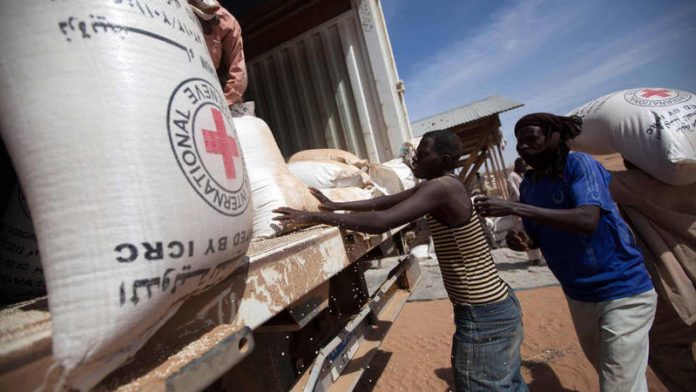 Arson and looting by militia has displaced about 20 000 people in Sudan's Darfur, adding to the strain on agencies struggling to aid almost two million uprooted by 11 years of war.

International peacekeepers in the region said they were deeply concerned about a reported escalation of violence in South Darfur state during the past few days.

"The violence has resulted in the reported burning of a number of villages and the displacement of a large number of civilians in the vicinity of Um Gunya" about 50km southeast of the state capital Nyala, according to the African Union-UN Mission in Darfur (UNAMID).

Looting and civilian casualties have been reported, said UNAMID.

The UN's World Food Programme (WFP) said about 20 000 people had fled to safety at Saniya Deleiba, a village about 35km from Nyala.

"There's an estimated 20 000 new arrivals, most of whom are women and children," said WFP public information officer Amor Almagro.

A team is heading to the area on Tuesday to determine how many are in need. "At the same time we are also dispatching a convoy carrying 90 tonnes of food", a 15-day supply of sorghum and lentils, for the new arrivals, Almagro said.

Separate assessment teams were on Monday counting how many people have sought safety at the Kalma and Al-Salam camps for displaced people in the Nyala area, she added. "With all the displacements that are happening, these camps are finding themselves welcoming new arrivals," Almagro said.

Access denied
UNAMID said Sudanese authorities have not allowed peacekeepers into the conflict zone. "Peacekeepers have attempted to access the affected areas on several occasions, but have been denied passage by the authorities," the mission said.

The restriction is the latest of many cited by UNAMID, despite an agreement with the government that says peacekeepers have freedom of movement.

An 11-year-old rebellion by ethnic insurgents continues in Darfur but last year also saw a steep escalation of tribal conflicts and a rise in criminality, UNAMID has said.

Most of the "tribal" conflicts pitted well-armed Arab militias against each other.

Analysts say Sudan's cash-starved government can no longer control its former Arab tribal allies, whom it armed against the rebellion, and violent competition for resources has intensified.

Sources in the area told AFP that "all indications" are that so-called Rapid Support Forces appear to be behind the violence in Um Gunya. Those forces are a type of militia which the governor of North Kordofan state, Ahmed Haroun, ordered out of his territory last month.

War crimes
Haroun is wanted by the Hague-based International Criminal Court on 22 counts of war crimes and crimes against humanity allegedly committed years ago in Darfur.

The official SUNA news agency quoted him as saying the Rapid Support Forces "did not undergo satisfactory training, came from pastoral communities, caused confrontations with citizens and instigated panic and anarchy" in his state.

Before reaching North Kordofan, the militia had been on operations in South Kordofan state, where a separate rebellion has been under way for almost three years.

The latest displacement of civilians in Darfur follows the uprooting of 380 000 people because of violence in the western region last year. That figure was more than in any year since 2004, at the height of the Darfur conflict, said Damian Rance, a public information officer with the UN's office for the coordination of humanitarian affairs.

In total, there are almost two million people displaced in Darfur, according to the UN. But as Sudan's humanitarian needs mounted, particularly in Darfur, the UN last year received just over half of the funding it requested, with world attention focused on other crises, the top UN official in Sudan, Ali Al-Za'tari, said in December. – AFP