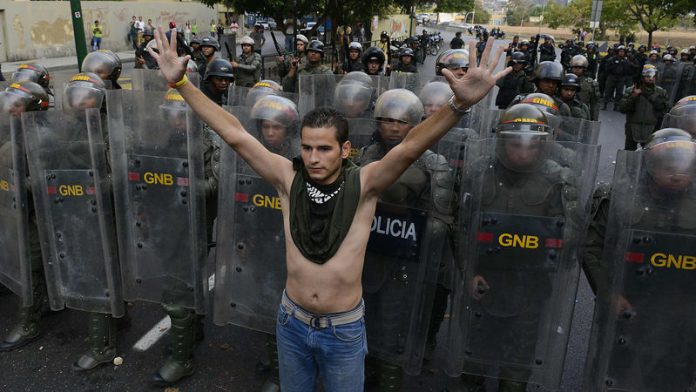 Venezuela's political opposition revelled in cautious messages of solidarity from movie stars at Sunday's Academy awards after an intense Twitter campaign calling on Hollywood's top actors to boost the profile of anti-government protests.

Critics of President Nicolas Maduro cheered comments by Jared Leto during his acceptance speech for best supporting actor, as well as tweets from Kevin Spacey and Forest Whitaker on the right to demonstrate.

"To all the dreamers out there around the world watching this tonight, in places like the Ukraine and Venezuela, I want to say 'we are here'," Leto said. "And as you struggle to make your dreams happen, to live the impossible, we're thinking of you tonight."

Parts of eastern Caracas, which includes some of the capital's most affluent neighbourhoods, broke into applause during his speech.

Kevin Spacey tweets
Critics accused the government of a brutal crackdown on the protests, which Maduro has called acts of vandalism that have put lives at risk and disrupted public order in an attempt to force him from power.

Opposition supporters among Venezuela's famously avid tweeters had for days been pressing Hollywood stars to speak out during the ceremony.

Whitaker said in a Twitter message that he was "deeply saddened by the violence in #Venezuela. Everybody has the right to have their voice heard".

Spacey wrote: "Venezuela don't give up, everybody has the right to express themselves! #SOSVenezuela #PrayForVenezuela."

Venezuela don't give up, everybody has the right to express themselves! #SOSVenezuela #PrayForVenezuela

'Hollywood, don't let us down'
Venezuela's popular mock news website The Bipolar Capybara, which needles both sides of the country's bitter political divide, chortled at the importance given to the messages from the Academy awards.

"What happens at the Oscars could define the future of this Republic for the next 50 years," it wrote. "Hollywood, don't let us down."

The protests so far show no signs of ousting Maduro or forcing him to resign. Opposition leaders insist they will stay in the streets until he does. – Reuters