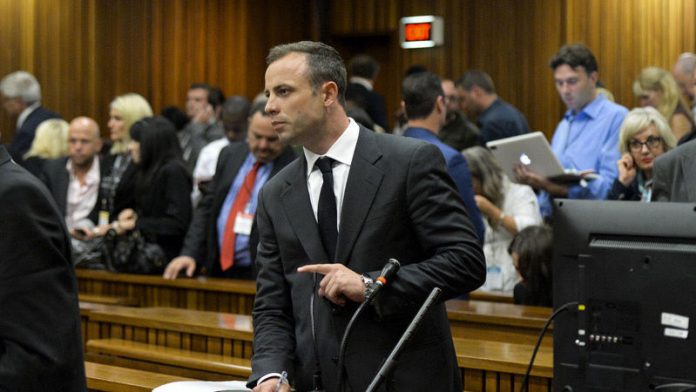 On Monday, as the trial of Oscar Pistorius for the murder of his girlfriend Reeva Steenkamp began, South African justice shone much more than it usually does.

Here is what foreign journalists who parachuted into South Africa on the weekend to cover the murder trial of Pistorius know about the country: it is home to an interpreter that made a mockery of the official memorial service of Nelson Mandela, and the police seem to have a penchant for shooting people dead.

What they were expecting from the Pistorius trial – not entirely unfairly, given the chaos around his bail application last year – was a disorganised mess of a justice system, one unable to bring closure in a complex matter.

On Monday night what appeared to be a small minority of those journalists were trying to stretch events in the high court in Pretoria to fit another literal failure in interpretation, but were coming up short. What South Africa put on display on Monday was very close to the ideal the system strives for – even if that is far from the daily reality in so many other courts around the country.

Monday brought a defendant who put forward a surprising amount of detail in a plea explanation, effectively providing a roadmap of his defence. It is difficult to interpret it in any way other than Pistorius putting his faith in the court, a powerful endorsement given the seriousness of the charges against him.

Calm witness testimony
The first day of the trial on Monday also saw a witness calm and composed, praising the skill and professionalism of police as she helped to lay the foundation of a case against Pistorius.

Most importantly, Monday saw that witness subjected to a sometimes vicious cross-examination, with details of her testimony turned every which way by a skilled defence advocate.

Though the prosecution did not get a full innings, it was immediately clear that, as expected, the Pistorius trial will be adversarial justice at its finest. No called witness or disputed bit of evidence will be put to rest until it is first torn apart and stitched together again in multiple ways. Whatever the final outcome may be, the court will have information as close to perfect as it could get before ruling, which, of course, is why the adversarial system exists in the first place.

But what the watching world did not see on Monday is just how different that is to the vast majority of criminal cases heard in South Africa.

The Pistorius trial was delayed by an hour on Monday because of translator trouble; in lower courts especially entire days are routinely lost because translators are not available.

Unfit to address a court
The first witness in the Pistorius matter shifted from her preferred language of Afrikaans to addressing the court in English in frustration at the speed and quality of the translation. In magistrate's courts it is not unheard of for entire sections of testimony to simply get lost in translation, or entirely misinterpreted, because the only person capable of noticing the gaps is the translator.

In matters ranging from rape to murder, defendants are regularly represented by counsel unable to pronounce their names, hazy about the facts of the matter, and sometimes downright unfit to be addressing a court.

For Pistorius, his trial followed a year and two weeks after the alleged crime. Some criminal defendants spend years awaiting trial, while their judgments could be reserved long enough to seem indefinite. If new regulations are complied with, Pistorius will hear a verdict within three months of the end of proceedings, which will apply to all criminal cases.

So on Monday – and likely for the rest of the Pistorius trial – South African justice veritably shone. The only pity was how sharply that contrasted with the common reality.