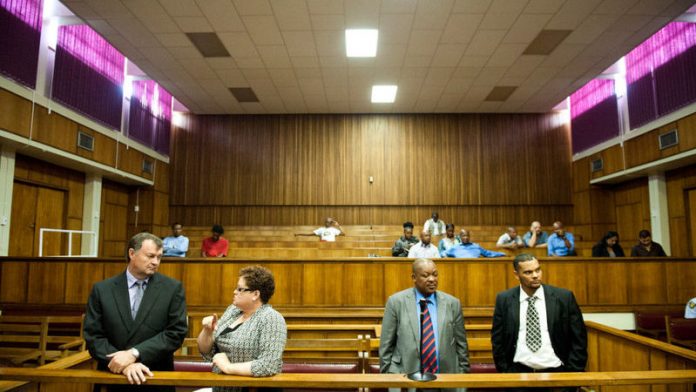 Northern Cape finance MEC John Block, who is accused of fraud, corruption and money-laundering, could walk free after the state closed its case "prematurely".

The case, involving key ANC leaders in the Northern Cape, was postponed to April 14 to allow Judge Violet Phatsoane to consider the heads of argument after the state closed its case.

The case may be decided by a technicality – section 174 of the Criminal Procedure Act. The Act provides that an accused may be discharged if not enough evidence was presented to secure a conviction.

The Act further provides that an accused may not go into the witness box if he or she may incriminate him or herself.

The state may oppose any such application. Legal experts say it will be unprecedented because this case is in the high court and the Act is popularly applied in the lower courts as the high court is expected to rule on its merits.

The trial was expected to be heard over at least six months, and it is unclear why the state preferred to close its case so soon.

Block will not have the burden of asking the court for a leave of absence in order to deliver his budget speech in the Northern Cape Legislature in a few days' time.

They are accused of receiving kickbacks from Trifecta property group tycoon Christo Scholtz (also an accused) between 2006 and 2010, in return for influencing provincial departments directly or indirectly to rent office space at inflated rates in Trifecta's favour, and paying for a bigger space actually leased.

All of the accused pleaded not guilty to impropriety to the tune of more than R60-million.

According to a legal expert who wished to remain anonymous, all witnesses called by the prosecution were inadvertently confirming the not-guilty plea of the defence in the matter.

"None of the witnesses lucidly pointed to any commission of a crime except for lukewarm inferences of political influence," the expert said.

"This presented the prosecution with a dilemma. That is why they decided not to call further witnesses because they to may not be helpful to secure a conviction," he added.

Block and his co-accused said in court papers that they were not part of government at the time and could not have improperly influenced the lease agreements.

'Consulting' services
Scholtz claimed he was just a "financier" of the group and the day-to-day running of the business was left to the company's empowerment partner Sarel Breda, who died in a mysterious plane crash in March 2009.

Block claimed he was unemployed and had to "fend for himself as a businessman" and offered "consulting" services to Trifecta through Breda, the exact nature of these consulting services remains unclear because he also advanced loans to Block and renovated his guesthouse in Upington .

ANC supporters are confident their leaders will not be convicted.

"We know that an ANC chairperson who is also leading the deployment committee may from time to time give instructions to deployed cadres in government in the interest of the party, but how do you prove that in a court of law?" said ANC branch leader Phemelo Sediti.

Block asked star witness Eubraim Crouch to help Breda secure the contracts, the court heard. According to Crouch, this was an "instruction" because Block was a "person in the authority in the province".

It is this technicality that may set Block free, except for Botha, who was the accounting officer for the department of social services and will have to explain how she approved by signing the leases and later had her house renovated, while her family received shares.

Botes was employed by Trifecta between May 2006 and April 2009 and allegedly arranged that his family trust receive a 10% stake in the Trifecta subsidiary.