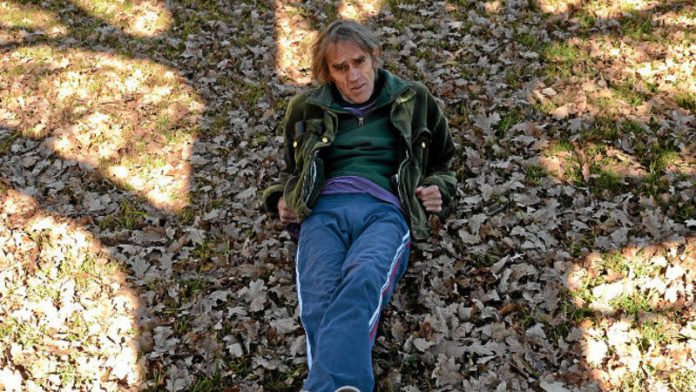 Gary Herselman is a grizzled veteran of South African rock music. I've long wanted to use the phrase "grizzled veteran" of someone, but haven't had the chance until now. And Herselman is really grizzled, as in "streaked with grey". Or maybe just grey.

He's certainly a veteran, having led the guitar-heavy trio of The Kêrels in the 1980s and played with Johannes Kerkorrel's Gereformeerde Blues Band on the Voëlvry tour, following which he released a country album as Archie Pelago, more country as part of Blomkrag, and put together the multi-artist tribute to Koos Kombuis, Kombuismusiek. In between, he ran record company Tick … Tick … Bang!, which released a host of recordings by South African artists. Now he is the songwriter behind Rigtingbefok, a collection of his songs performed by him and a huge range of South African musicians.

It's a rather unusual album, a tribute album of sorts, credited to Die Lemme, an imaginary band that encompasses the 40 or so musicians and nine producers who brought their talents to the project. "There's no band," says Herselman. "But it's like having a whole orchestra."

And what an orchestra: the singers include Arno Carstens, Kathy Raven, Nechama Brodie, Rian Malan and Valiant Swart, while the musicians range from veterans of the Voëlvry days such as guitarist Willem Moller and trombonist Jannie van Tonder to relative newcomers The Trees. Among the producers (most of whom make instrumental contributions as well) are Warrick Sony of Kalahari Surfers fame, Lloyd Ross, who ran Shifty Records in the 1980s, avant-guardist Paul Rickert and singer-songwriter Chris Letcher.

Rigtingbefok is a very full album, 18 tracks long, and with almost as many styles and modes at play. It's dense, rich and layered, with a constantly changing palette and different voices appearing and disappearing, often startling and stimulating, and with Herselman's quirky songs as the foundation of it all.

It started with 70 songs of his. "It's stuff that I wrote over my entire career," he says, "but it didn't fit with whatever band I was in."

The project came together under the auspices of filmmaker Michael Cross, who acted as executive producer for the album, meaning the general organiser dealing with "not-inconsiderable logistical juggling".

He first met Herselman more than 25 years ago, he remembers: "I'm not sure exactly when we met – it might have been at Hillbrow Record Centre back in the late Eighties, when I was managing Syd Kitchen and the Utensils. Gary's band The Kêrels opened for us at our first Jo'burg shows at [the music venue] Jamesons and I was blown away."

Cross and Herselman worked together on the 1989 Archie Pelago album, City Country (for which Cross made some music videos), reconnecting two decades later for Rigtingbefok. In 2012, says Cross, he got in touch with Herselman again, and "I asked if he was still writing songs and, if so, said I'd be keen to hear what he was up to and I returned to Durban. We stayed in touch and, in November 2012, he started sending dozens of demos. I realised he was still writing unique songs and great lyrics and proposed we try and find a way to get some of them recorded."

"Mike said, ‘Put all the songs on a stick and post it to me'," relates Herselman. "He said he'd do an album, and I let him select the songs. Then we started talking, saying, ‘Why don't we get some other people involved?'?"

As more musicians signed on to work on the album, says Herselman, "we realised it was going to sound like a compilation", so they went all the way, with the result being what Cross calls "an all-star collaboration on an epic scale".

Herselman himself was fairly hands-off, though. "I went to the different studios [in Durban, Cape Town and Johannesburg] and I sang the song and played acoustic guitar and walked out. They [the producers] would pull in the guys to do the song. The most musicians in the studio at the same time were three. People would go in when they could and put down a drum trackor whatever."

The results, though, are more coherent and striking than that fragmentary approach indicates. "I've spent 25 years working with artists such as Syd Kitchen, Underground Press, Scooters Union, Brendon Shields and Fruits and Veggies," says Cross, "but I can honestly say that Rigtingbefok is the project that has been the most demanding and ultimately satisfying. It quite simply wouldn't exist without the extraordinary talents and the time given freely by some of South Africa's finest singers, musicians and producers."

As the group name indicates, many of the songs are in Afrikaans, which is not Herselman's native tongue. He was forced to learn it at school, he says, and then of course his time in the army in the early 1980s drummed it in. But it's about the song: "The song sort of tells me what it wants," he says. "I try and stay out the way. The Afrikaans songs, they just arrive in Afrikaans. Once I tried translating one, and it sucked."

Herselman wonders about the song Shopping Mall, an enjoyably punky yell at mall culture. Could it have been in English? No, he decides. "A song about the East Rand Mall can only be in Afrikaans," he says.

Besides, he notes, after a pause: "It's great to swear in Afrikaans."

Antibiotics for the angst