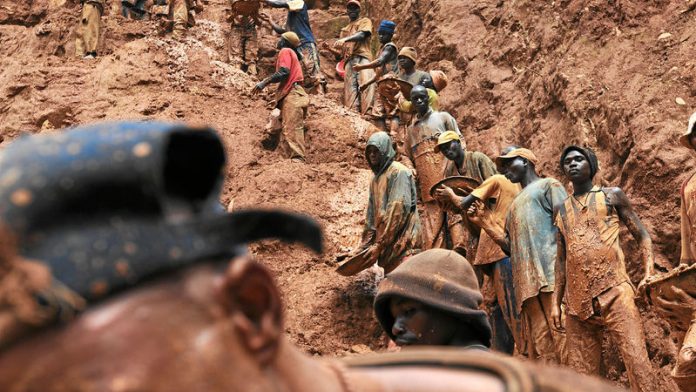 The Democratic Republic of Congo, Africa's biggest copper producer, told miners to halt any project expansion requiring more power amid a shortage that will take years to resolve, according to government documents.

The country will institute an electricity-rationing program for miners and its state-owned power company must stop signing new contracts, Congolese Prime Minister Augustin Matata Ponyo said in a January letter to the ministers of mines and energy.

"I equally deem it necessary that mining clients postpone immediately and until further notice all expansion projects requiring supplemental energy," Matata said in the letter, which was given to Bloomberg News by a member of the Federation des Entreprises du Congo (FEC), the Congolese business group, and verified by the government.

Glencore Xstrata's Mutanda and Katanga Mining projects and Freeport-McMoRan Copper & Gold Incorporated's Tenke Fungurume mine are Congo's top copper producers. Katanga Mining is scheduled to expand production to almost 300 000 metric tonnes by the end of the year, according to statements and filings on Glencore and Katanga Mining's websites. Tenke plans to add a second sulfuric acid plant by 2016, Tenke Fungurume Mining Sarl said in a January press release.

Both Mutanda and Katanga Mining will have more than enough energy to meet their needs for 2014, according to a November 2013 report on Glencore's website. 11% of Mutanda's 2013 energy came from generators, the report says. Glencore spokesperson Charles Watenphul, based in Baar, Switzerland, declined to comment further on Wednesday.

Mining contributes approximately 80% of Congo's annual export revenue and accounts for about 30% of gross domestic product, the letter says. Copper production topped 900 000 tonnes in 2013, a record for the central African nation, according to the International Monetary Fund. CRU Group ranked Congo the biggest producer in Africa and the world's sixth- largest last year.

Zambian imports
Congo can provide only about half of the 900 megawatts demanded by miners in the province of Katanga, where the country's copper is primarily located, Matata said. The nation can import about 100 megawatts from the state-owned Zambia Electricity Supply Corporation and another 50 megawatts from Lusaka, Zambia-based Copperbelt Energy to help make up the difference, according to the letter.

"Without this input, no significant increase in existing production nor development of new operations" is feasible, Matata said. New energy projects will not come on line "for several years," he said.

After mediating discussions between FEC's Chamber of Mines and the state-owned Societe Nationale de l'Electricite (SNEL), the government decided to ration its 461.7 megawatts of available power among all of Katanga's miners, according to the letter.

Electricity allocations were made based on existing contracts, production importance, and the minimum energy required for profitable business, the letter says.

Minimum requirements
Under the rationing programme, Tenke and Katanga Mining will attain their minimum power requirements when imports from Zambia are taken into account, the letter says. Glencore's Mutanda will receive 96% of its minimum needs, while MMG's Kinsevere project will receive 80% of its required energy. Rationing will also see deficits for projects run by Eurasian Natural Resources Corporation and Jinchuan Group International Resources Company.

MMG is able to meet the total power needs for Kinsevere through diesel generators and there is currently no change to forecasts on production or costs, according to Kathleen Kawecki, a Melbourne-based spokesperson for MMG.

The rationing of power doesn't affect production at Jinchuan's Ruashi mine as the company has had self-generating power capacity since last year, chief financial officer Tak Chuen Wong said. The company will explore other sources of power, he said.

The letter promised more efficient management of the power supply and of payments to Zambian energy providers to ensure more reliable service. Miners who choose to import power from private suppliers above and beyond the current system will have to pay a premium of 50% above the usual rate, it said.

The government also decided to open operation and maintenance of Katanga's high-tension networks to private third parties in partnership with SNEL, the letter said.

Liberalisation plan
Congo's parliament has passed a law liberalising the electricity industry that will allow for private investment in new projects and which is awaiting President Joseph Kabila's signature. Last month, the government postponed a ban on exports of concentrated copper and cobalt until 2015 because it lacks the power to process the minerals.

"I want more companies to come to Katanga to invest in energy in the province," Governor Moise Katumbi said by phone on Wednesday. "There are several sites where we can build hydro plants" to power future investment in the copper industry.

The Chamber of Mines is "continuing to search for solutions to work around this critical situation," Simon Tuma- Waku, the body's vice president, said by email on Wednesday. – Bloomberg