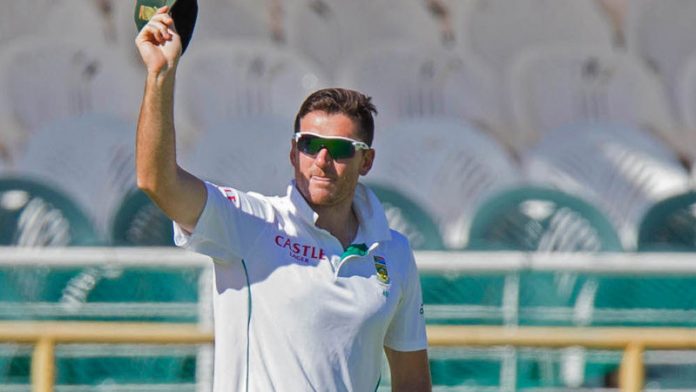 Graeme Smith took his place among South Africa's greatest ever cricketers many years ago and he stepped away from the game as one of the greatest the world has seen.

The power of his presence and personality was in inverse proportion to the quality of his strokeplay, but captaincy is about results and batting is about runs – the manner in which they are achieved is secondary.

When the 22-year-old man-boy compiled scores of 277 and 259 in consecutive Tests against England just months after accepting the captaincy on his terms, he appeared destined for greatness. Or perhaps his destiny was decided before that when he placed his famous "I will be captain of my country" note under a fridge magnet at the age of 12.

Not a single member of the team at Newlands has played a Test under any other captain. An era has ended in the most emphatic fashion with both Jacques Kallis and Smith ending their careers just over a year after Mark Boucher's was terminated by injury.

Like a divorce after 25 years of marriage, every aspect of South Africa's Test cricket will now be questioned and a thousand small Smith contributions, barely noticed, let alone appreciated, will now be missed.

Candidates for captain
AB de Villiers is the obvious choice as successor but that would leave him with an unmanageable workload as the premier batsman and wicketkeeper. Either another wicketkeeper would have to be included or another captain found. Hashim Amla has made himself unavailable for the job, which leaves Faf du Plessis as the only other plausible candidate.

Cricket South Africa chief executive Haroon Lorgat and the selectors will not be inclined to "start afresh" and repeat the outrageous gamble they took in appointing Smith. In 2003, the fall-out from Hansie Cronje's fall from grace and the calamitous exit from the World Cup created the perfect storm for Smith's brash, confident, youthful style.

Fast forward almost a dozen years and Smith will be moving on as a thoughtful, caring, empathetic and sensitive man with a young family and a sense of perspective often missing during his passionate, jingoistic early years. Although he has admitted thinking about retiring ever since Gary Kirsten chose not to renew his contract in June last year, he had spoken to almost nobody in the days before announcing it. Not even his parents.

He admitted it was hard breaking the news to his teammates. He feared they would feel "abandoned" – but he remained in control of his own emotions for several good reasons. Boucher's demise in England last year had an impact on Smith and the rest of the senior players, which will last a lifetime.

It put an end to any sense of "fairy-tale endings" they may have had. Not only could you not plan them, but it may even be bad karma to do so.

Accordingly, Kallis had no compunction in signing off in front of a few hundred people on a Monday morning at Kingsmead and Smith didn't think twice about giving the world just 48 hours' notice during a Test match his team were almost certain to lose. At least it was at Newlands.

Priorities
But, most of all, it was his two-year-old daughter Cadence who provided him with the reason to start a new – if not entirely different – life. There is nothing in life that compares with the suffering of the innocent, and when the innocent are your children and the parent is powerless to intervene, rarely does anything else have consequence.

Cadence spilled the heated water for her one-year-old brother Carter's milk bottle on to her chest and arm, scalding herself severely enough to require three operations. The national captain had just taken her to hospital for the third one when he arrived for play on the fourth morning of the Test match. Not ideal preparation for facing Mitchell Johnson.

He has two years remaining of one of the most lucrative contracts in English county cricket history but it is the opportunity to turn around the form and fortunes of England's richest but perennially underperforming team, Surrey, that really excites him.

"Graeme's commitment to building a winning culture here is obvious to everyone," the director of cricket and former England captain, Alec Stewart, said. "We are all extremely excited about having him here as captain and working with him."

Smith's senior professional in the Oval change room will be another prematurely retired international batsman, 34-year-old Kevin Pietersen. Once sworn enemies, the two men will now play out their domestic years as team-mates without the international stage beckoning. One is likely to miss the bright lights considerably more than the other.

IPL hosts
The Indian Premier League (IPL) is likely to confirm in the next 24 hours that South Africa will host at least a third of this season's tournament because the Indian government is unable to provide adequate security at matches that clash with national elections.

Bangladesh and the United Arab Emirates are the other options being considered after Sri Lanka's monsoon season ruled that country out as a possible host.

But Bangladesh lacks adequate infrastructure, most notably practising and training facilities, and the bureaucracy and red tape involved in moving the cream of India's nouveau riche "bling" society to the Middle East has proved too much of a deterrent.

Underlings of the Board of Control of Cricket in India's president, N Srinivasan, suggested at initial meetings with CSA representatives that the CSI chief executive Haroon Lorgat would not be welcome in the administration of the tournament in South Africa. But the CSA stood firmly behind Lorgat and refused to be bullied by the BCCI for a second time following the CSI's acquiescence on the International Cricket Council (ICC) "takeover" vote in Singapore last month.

Attention turns from the Test arena to T20 cricket for the next three months as South Africa tackle Australia in three T20 Internationals before the two countries head to Bangladesh for the ICC T20 World Cup. The first encounter is a day game in Port Elizabeth on Sunday while the second and third matches will be played under lights in Durban and Centurion on Wednesday and next Friday.

The IPL starts almost immediately after the international tournament ends.